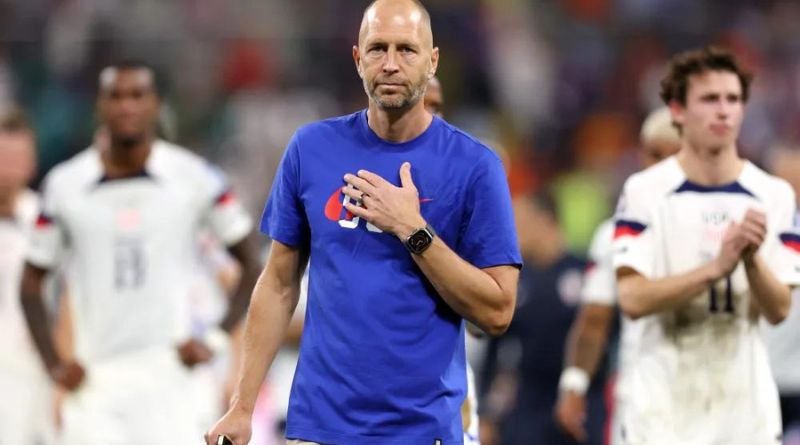 Only two countries—Italy in 1934 and 1938 and Brazil in 1958 and 1962—were able to win back-to-back men’s World Cups, but with the Selecao post changing hands in between victories, former Azzurri coach Vittorio Pozzo stands out.

Pozzo, known as Il Vecchio Maestro (the Old Master) in coaching circles, was a pioneering figure in his era and is credited with helping to create the Metodo formation, the precursor to the 4-3-3 we use today. Pozzo is the only manager to have led his team to two World Cup victories, although he is far from being regarded as a legend. There is a cause behind this, too.

The head and co-founder of the Football and War network, historian Dr. Alex Alexandrou, claims that it is on purpose that few people are aware of the existence of this man.

The one thing Fifa and the Italian Football Federation didn’t want to do was give credence to Pozzo and what happened during the 1930s because there is a significant link between the far right and fascism, if you think about post-World War II Italy and how Fifa and the Italian Football Federation project and promote themselves.

Even though Pozzo never belonged to the National Fascist Party and first took leadership of the national team for the 1912 Olympics before fascism came to power in Italy, his life is inexorably linked to the far-right movement that resulted in Benito Mussolini’s dictatorship. Even though the victories in 1934 and 1938 are acknowledged by the four stars proudly displayed on the national team jersey of Italy, there is still some trepidation surrounding them.

According to Italian football expert John Foot, who wrote the new book How to Win the World Cup, “there’s this small sort of scent, if you want, after the war, and Pozzo isn’t as famous or exulted as he would be since he won his triumphs under a fascist administration.”

“He didn’t have to do that; he agreed to do that. It’s a concern for Italy since the players gave the fascist salute and there was a lot of vitriol surrounding them. Even so, do those World Cups count? Prof. Jean Williams, a sports historian, adds: “Pozzo is sometimes referred to as capitulating to the dictatorship since he follows it rather than opposing it.

In the same way that many young men would have joined the Hitler Youth [in Nazi Germany] since it was essentially their equivalent of the boy scouts, it was very tough to avoid unless you were intending to flee the country.

Doctor Alexandrou concurs: “Pozzo loved football and had to survive in that system, so I don’t think he had much time for politics or even the fascists. To do the task he desired, he did what he believed was necessary, Prof. Jean Williams, a sports historian, adds: “Pozzo is sometimes referred to as capitulating to the dictatorship since he follows it rather than opposing it.

In the same way that many young men would have joined the Hitler Youth [in Nazi Germany] since it was essentially their equivalent of the boy scouts, it was very tough to avoid unless you were intending to flee the country. Doctor Alexandrou concurs: “Pozzo loved football and had to survive in that system, so I don’t think he had much time for politics or even the fascists. To do the task he desired, he did what he believed was necessary, which

The 1934 World Cup was held in Italy. The nation’s leaders believed that victory would confirm the strong nationalist beliefs of fascism and project to the rest of the world the image of a modern, powerful nation. There were rumors of foul play, with Mussolini supposedly meeting with tournament referees the night before crucial matches, even though Pozzo’s tactical strategy and a supportive home crowd would increase Italy’s chances of victory.

Even though corruption was never proven, opponents bemoaned the officials’ tolerance for the Azzurri’s physical prowess. Italy narrowly defeated Spain in a tense quarterfinal replay, and Swiss referee Rene Mercer was even reprimanded by his football organization over charges he made several questionable decisions.

There was no denying Pozzo’s tactical inventiveness had an effect notwithstanding the claims. The Italians only gave up three goals in five games, which is very noteworthy given how easily goals were scored at the time. They were better positioned to contend with the prevalent 2-3-5 system because of the coach’s predilection for playing with four defenders and a holding midfielder. Williams says that the catenaccio defense, in which the center-half functions as a sort of stopper, is beginning to take shape.

“Under Pozzo, the midfield became more crucial, with a holding midfielder and an attacking midfielder, or inside rights and lefts, as they were known in those days, spreading the ball around rather than a center-half.

In another way, Pozzo’s insistence on having complete control over team selection can be considered as a precursor to the modern international manager. In the past, many national teams were picked by appointed committees, but Pozzo said that the best chance of success lay in the hands of the coach, as Sir Alf Ramsey did when he took over as manager of England in 1963.

This implied that Pozzo could enlist the aid of the round, a term for those of Italian ancestry who were born abroad, to strengthen the ranks of his side. He selected two players from that diaspora: Luis Monti, an Argentina player who participated in the 1930 World Cup final, and Raimundo Orsi, an Italian who scored in Italy’s 2-1 triumph over Czechoslovakia in 1934 final.

While the fascist administration did not necessarily support this, the possibility of forging a stronger national side helped Pozzo win the argument. His redesigned team was well-organized, fought as in combat, and would do anything to win. Strong patriotic messages were interspersed throughout the training camps, and the squad was treated almost like soldiers, with drills like marches through the forests becoming routine.

In the following four years, Pozzo proceeded to refine his strategy, leading Italy to success at the 1936 Berlin Olympics and becoming the first manager to win a World Cup away from home in 1938 in France.

In an act of defiance, Pozzo and his players held the fascist salute while playing against Norway in front of a loudly anti-Italian crowd in Marseille. They held the salute until the jeers subsided. When they lowered their salute, the commotion started up again, and Pozzo barked for them to raise their arms again.

As Italy advanced in the competition, a quarterfinal matchup with the tournament’s hosts France ratcheted up the political tensor even further. In a subsequent kit dispute, the Azzurri decided to play in all black rather than their secondary color, white, on directives from above.

With Giuseppe Meazza becoming increasingly influential in the middle of Pozzo’s meticulously designed midfield, Italy by this point had a little more creativity to go along with their might. The captain played a key role in the holders’ 3-1 victory over France, the winning penalty kick against Brazil in the semifinal, and the 4-2 victory against Hungary in the championship game after setting up Luigi Colaussi and Silvio Piola. The fascist government at home did not underestimate the significance of winning the World Cup for the second time in a row. A legend has it that Mussolini warned the team via telegram on the eve of the final to “win or die.” A confirmation of this fact has never been made.