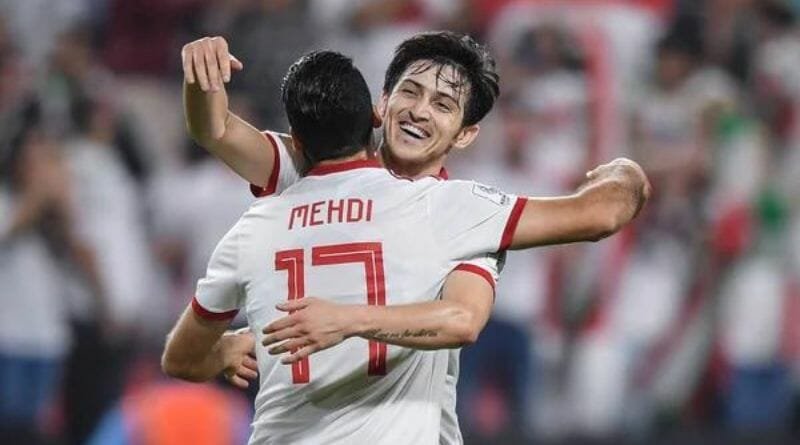 Walid Regragui, Morocco’s manager, has embraced the “craziness” ahead of his team’s semi-final match against the reigning champions France. Morocco is one step away from a spectacular spot in the World Cup final.

Many have been surprised by their accomplishments in Qatar, becoming the first African team to reach this stage, especially after the coach who guided the Atlas Lions to the tournament was fired in August.

With their lone continental championship coming in 1976, Morocco is arguably one of the biggest underachievers in North African football. Their 2-0 victory over Belgium in their Group F matchup was their first World Cup victory since 1998, and they immediately failed to qualify for four successive tournaments after that.

More than any other team at the tournament, 14 of Morocco’s 26-man roster were born outside of the country, and an eclectic group of players from burgeoning immigrant populations throughout Europe helped them break new territory.

Just three months before the finals, Vahid Halilhodzic was fired as coach and replaced by Regragui, who had previously won both the domestic league and the African Champions League with Wydad Casablanca. This was a pivotal turning point for the squad.

With Chelsea winger Hakim Ziyech returning from international retirement, that adjustment has reduced tensions within the team. The team’s play has also significantly improved.

As the nation’s flag airline Royal Air Maroc operates seven special flights from Casablanca to Doha on Tuesday, hundreds more Moroccans will join the thousands of fans who have loudly supported the team throughout the first World Cup held in the Arab world.

Achraf Hakimi kissing his mother after victories and winger Sofiane Boufal dancing with his on the field after defeating Portugal in the quarterfinals serve as examples of the players’ transformation into heroes amid joyful victory celebrations across North Africa and by the diaspora in Europe while maintaining their groundedness.

The team also demonstrated their adherence to Islam by prostrating in front of their supporters after making it through the knockout rounds.

But who makes up the team that will play against France on Wednesday (19:00 GMT), Morocco’s erstwhile colonial overlords from whom it achieved independence in 1956?

Bono and the Moroccan Maldini – The case for the defense

The defense has been strong, allowing just one goal in eight games under Regragui, and even that was an own goal in the victory over Canada.

Right-back Hakimi, who is unquestionably the team’s face, has already spent time at Real Madrid, Borussia Dortmund, and Inter Milan at the age of 24, making him no stranger to Europe’s elite clubs.

Although he has had to restrain some of his aggressive tendencies, the Paris St. Germain star gave Spain a last-chance victory in the shootout with his Panenka penalty.

Both West Ham’s Nayef Aguero and captain Romain Saiss, dubbed “the Moroccan Maldini” by former Wolves coach Bruno Lage, have been rock-solid at center-back, but with both questionable for the match against France due to injuries, Jawad El Yamiq and Badr Benoun may be asked to start.

El Yamiq, 30, is now a Real Valladolid player after spending time in Italy. Benin, who is 6’3″ tall and was known as the “Sultan” by his Al Ahly teammates before leaving the Egyptian powerhouse for a Qatari club this year, was a member of the Morocco team that won the African Nations Championship, a competition for domestic-based players, in 2018.

Yahya Attith-Allah, one of three players in the squad from Regragui’s old club Wydad, has stepped in and appeared collected despite making his international debut in March because Noussair Mazraoui of Bayern Munich has been forced to withdraw due to injury.

After defeating a tough defense, you’ll need to go past Yassine Bounou, also known as Bono, who was born in Canada.

The 31-year-old, who played back-up in Russia four years ago, won the Europa League with Sevilla in 2020 and the Zamora Trophy last season as the best goalkeeper in Spain’s La Liga.

After his team eliminated Portugal, Regragui commented, “Having one of the best goalkeepers in the world gives us that confidence. Yassine gives us that.”

‘Where does that boy come from?’- Hard-working midfield

With his constant pressing and aggressive tackling, Sofyan Amrabat has been one of the standout performers in the run to the final four, giving the Moroccan defense a strong screen.

Sofyan, a Dutch-born player who played for the Netherlands at the Under-15 level and replaced former Watford winger Nordin in one game at the 2018 finals, has been in excellent form for Fiorentina this season.

Azzedine Ounahi, one of four players in the squad who attended the Mohammed VI Academy in Sale, is positioned next to him in center midfield. His impressive box-to-box performances have caught the attention of some of the top clubs in Europe.

After losing on penalties in the last 16 against England, Spain’s manager Luis Enrique said, “My goodness, where does that child come from?”

“He performs similarly to Spanish athletes. He must be worn out because he hasn’t stopped jogging.”

The technical yet rangy 22-year-old from poor Anger in France made his international debut in January and scored twice in Morocco’s World Cup play-off victory over DR Congo two months later to help his country qualify.

“Does the telephone ring? It is ringing rather frequently “Said Chabane, the chairman of Anger, who informed France’s RMC of the interest in Boufal and Ounahi, who both started each game in Qatar.

Playmaker Selim Amallah has also excelled even though he hasn’t featured for his club since September due to a contract dispute with Standard Liege, a player long targeted by former Belgium manager Roberto Martinez.

The line is led by Youssef En-Nesyri, who, although not scoring a league goal for Sevilla this year, holds a special place in Moroccan World Cup history at age 25.

Having also scored in the 2018 group stage tie with Spain, his victories over Canada and Portugal have elevated him to his nation’s all-time leading scorer at the finals with three goals.

Regragui stated, “I have always trusted in Youssef because he brings wonderful energy.

Because of how hard he works for the team, like (Olivier) Giroud does for France, “Any coach would love him to be in their team.”

Ziyech is a talented player who gained notoriety while playing for Ajax and Chelsea, but Regragui has gotten the best out of a player whose club play may be unpredictable.

After a public falling-out with Halilhodzic, the 29-year-old was sidelined from international competition between June 2021 and September of this year. However, his eight World Cup finals appearances now tie Hakimi for the most for his country.

While playing for Anger, Boufal, one of two Moroccan athletes born in France (the other is Saiss), is regaining his best international form after scoring just three goals in 70 Premier League games during a four-year stint with Southampton that ended in 2020.

He is one of five players on the team that compete in Ligue 1, together with Achraf Dari (Toulouse), Zakaria Aboukhlal (Toulouse),