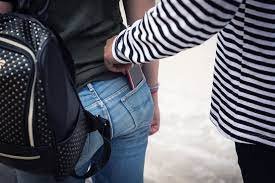 Theft is a crime regulated between articles 234 and 236 of the Penal Code. It consists of taking someone else’s real estate without the consent of its owner, and for profit.

For example, a person who takes advantage of the carelessness of another person who has left the keys in their car and the doors open to take the vehicle would commit a crime of theft.

What is the difference between theft and robbery?

The difference between theft and robbery is that in the case of robbery, the person appropriates a movable thing that is not his for profit as well, but uses violence or intimidation on people (by committing the crime or to protect flight, or on people who come to the aid of the victim or persecute the perpetrator) or force on things (to access the place where the thing is or leave it).

Thus, for example, a person who breaks the window of a car to get into it and take it away would commit a crime of theft.

In addition, the crime of robbery is punished with higher penalties, since the acts committed are more serious.

What is the difference between theft and robbery?

It is regulated in article 234.1 of the Criminal Code, and occurs when the amount of the stolen exceeds 400 euros. The corresponding penalty in these cases is imprisonment from 6 to 18 months.

By application of section 3 of the same article, this penalty will be imposed in its upper half (12 to 18 months) if, in order to commit the crime, the alarm or security devices installed on the stolen items have been neutralized, eliminated or disabled, regardless of the medium used for it.

For theft, a minor offense is also contemplated, sanctioned in article 234.2 of the Penal Code, in the event that the amount of what was stolen does not exceed 400 euros, unless any of the circumstances of article 235 concur (in which case It will be a crime of theft in its aggravated type). In this case, a fine of 1 to 3 months corresponds.

In addition, if the culprit has been executorily sentenced a minimum of three times for crimes against property and against the socioeconomic order, even when they are minor crimes, if they are of the same nature and the amount of the infractions adds up to an amount greater than 400 euros , the penalty corresponding to the basic type of the crime of theft will be imposed.

For these purposes, neither the canceled antecedents nor those that should be cancelled, will be taken into account.

More information about the new regulation of the minor crime of multi-repeat offender here.

Also in this case, the penalty is imposed in its upper half (from 2 to 3 months) in case of neutralizing, eliminating or rendering useless in any way the alarm or security devices of the stolen things.

There are certain cases contemplated in article 235.1 of the Penal Code in which an aggravated penalty is established for the crime of theft, corresponding to a prison sentence of 1 to 3 years:

Section 2 of article 235 establishes that the sentence will be imposed in its upper half (from 2 to 3 years in prison) if two or more of these circumstances concur.

The crime of theft of article 236

Article 236 punishes a crime of private theft, the crime of theft of possession or property, consisting of the owner of the movable thing, or another person with the consent of the former, subtracting said thing from whoever has it legitimately. in his possession, to the detriment of said person or a third party. These acts are punishable by a fine of 3 to 12 months.

If the item stolen does not have a value greater than 400 euros, the penalty imposed will be a fine of 1 to 3 months.