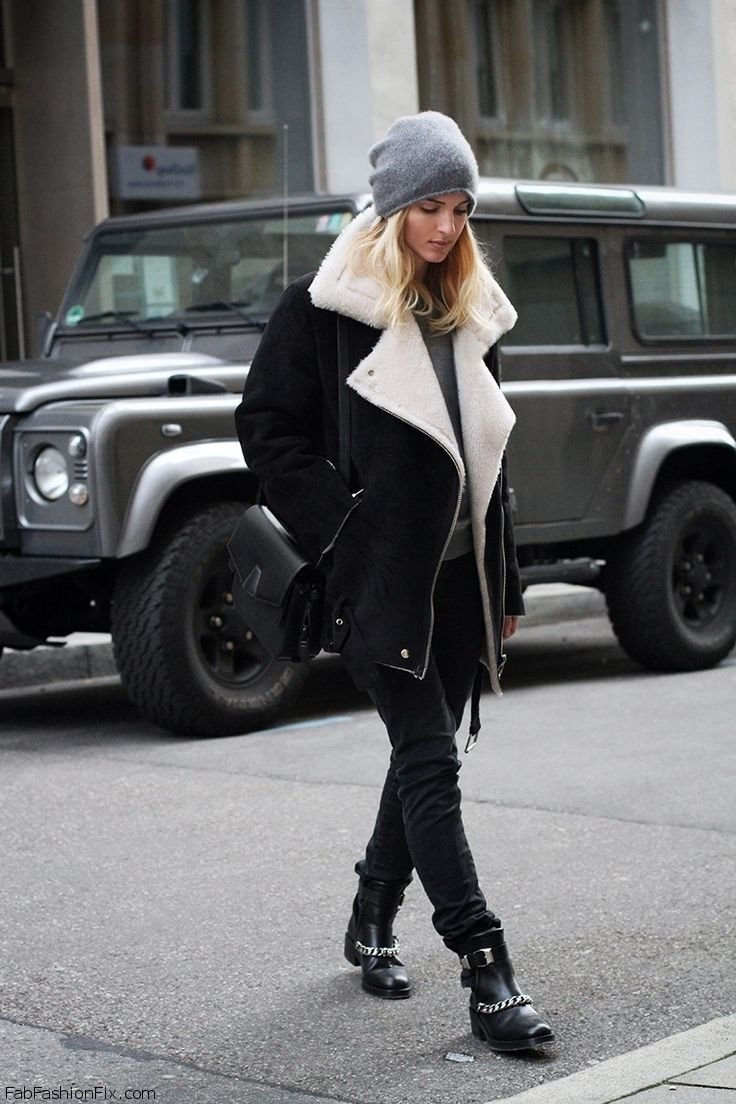 Like much men’s clothing, the aviator jacket derives from military uniforms, has a particular style, and was created for airplane pilots during the first half of the 20th century. The garment usually sits at the waist, and features such as buttons, elastic cuffs, and hems are designed to keep the wearer warm.

In addition, it has a wide collar that can often also be adjusted with buckles for extra warmth. However, modern versions of the jacket have mixed these standard features and combined them with other styles or adapted the model to suit today’s customers, resulting in often unisex designs. The coat had a prominent presence on the FW22 (Fall/Winter 2022) runways, with oversized cuts, colorful leather linings, and fresh silhouettes. Why are you going to love her?

The bomber jacket has evolved beyond its roots to become a wardrobe staple. Multiple brands have often adopted it as a warm garment for the Autumn/Winter season. Its popularity stems from its style, which appeals to both men and women, and the design qualities that keep the wearer warm during the colder months.

The brands that have incorporated this jacket have adapted its characteristics to today’s needs, using a variety of linings and materials that allow it to appeal to almost any group of consumers. Its versatility is also present in how the jacket is made, so most brands opt for materials and production methods that allow the aviator to have a long life. Where have we seen it?

On the FW22 (Fall/Winter 2022) catwalks, the aviator jacket appeared in updated designs adapted to today. Some designers like Sacai opted for alternative silhouettes; the Japanese brand specifically proposed a loose cut with references to a tent in a sleeveless model. Sacai also used a colored leather lining, an element also used by Hermès, although, in his case, he decided to keep the traditional silhouette.

Loewe presented jackets in shades of tan, sticking to the hallmarks of the traditional aviator, in stark contrast to the brand’s more surreal womenswear show this season. For Kenzo, Nigo, the label’s new artistic director, put a subtle spin on the look, adding a contrast-colored hood to the traditional staple, giving the jacket a modern twist. How to use it?

As outerwear, the aviator jacket is easy to wear; it can be worn in various ways, day and night. Pair it with a simple top and jeans, which are perfect for running errands during the day, or choose pants and boots for a more stylish look. Skirts and dresses can also work with this type of jacket.

A long or short skirt with a knit sweater and boots is an easy option, while a floral dress with a loose skirt can work well with the jacket for the night. For men, combining an aviator can be as simple as wearing it with an oversized T-shirt and jeans, but it can be worn with other garments such as a button-down sweater or a hoodie. Like many designs, the roots of the bomber jacket come from the military universe, but the garment has found its way into the wardrobe through more modern versions and some technical adjustments. In addition to its versatility and long lifespan, it is a jacket that works for both men and women. It appeals to a wide customer base, whether the brand remains in the traditional line or decides to revert it.