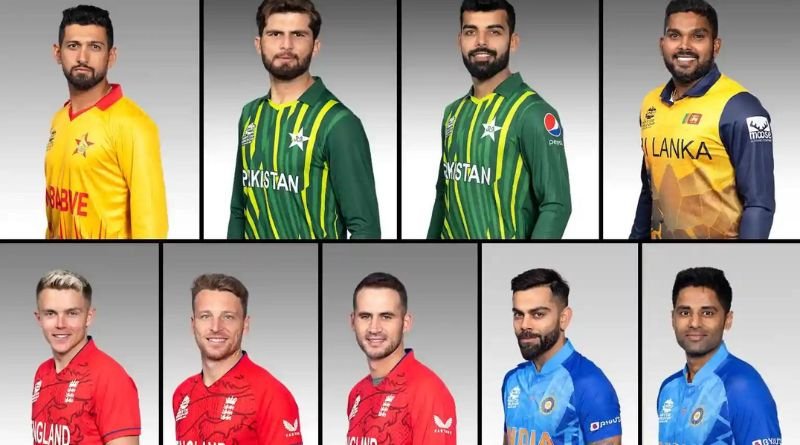 The 9-member shortlist for the ICC Men’s T20 World Cup 2022 Player of the Tournament has now been revealed, with fans able to vote for the winner.

The T20 World Cup in Australia has seen some outstanding performances from both individuals and teams, with several games coming down to the wire. After a wild trip, we now have the two finalists, with Pakistan and England advancing to the grand showdown on November 13 at the Melbourne Cricket Ground.

Nine outstanding players have been nominated for the Player of the Tournament shortlist, with all of them excelling and winning games for their respective teams. The shortlist is dominated by players from England and Pakistan, with three nominations from the Three Lions and two from the Men in Green.

Two Indian players and one each from Zimbabwe and Sri Lanka are also on the list of nominees, with fans voting to choose the winner. To assist you decide on the ultimate winner, we look at a list of the nine nominees and examine their efforts in the tournament thus far.

The Indian batting legend was instrumental in his team reaching the semi-finals.

Kohli scored 296 runs at a remarkable average of 98.66 in six outings. His runs came at a solid clip of 136.40, and he presently leads the competition in run-scoring. Kohli had four half-centuries in the tournament, including a memorable 82* against Pakistan in India’s triumph in Melbourne.

Suryakumar Yadav was undoubtedly India’s most impacting hitter in the competition, hitting some great hits with some of the most adventurous strokes ever seen.

Yadav hit 239 runs in six matches with an incredible strike rate of 189.68. He also had three half-centuries, against the Netherlands, South Africa, and Zimbabwe. Yadav fully declared his entrance on the international stage with his heroics in Australia, while also becoming the world’s No. 1 hitter in the MRF Tyres ICC Men’s T20I Player Rankings.

Shadab’s most important contribution with the bat came in Pakistan’s must-win match against South Africa in Sydney, when he hit a scorching half-century. With the ball, he has taken 10 wickets in six matches, with best figures of 3/22 and an economy rate of 6.59.

Shaheen Afridi has slowly but steadily rediscovered his rhythm in the competition, performing admirably in the previous several games. The bowler went wicketless in his first two games but then went on to take 10 wickets in the following four games as Pakistan came back from the brink of elimination to reach the finals.

Overall, he has taken 10 wickets in six matches, with an average of 14.20 and an economy of 6.17. Pakistan will rely on him once more in the final against England.

Read Also: 10 Cricket Records That Will Never Be Broken

After weeks of electrifying action, the T20 World Cup is finally coming to its conclusion, with a big encounter between England and Pakistan in the final at Melbourne Cricket Ground. The Pakistan batsmen did not have a great outing in the first innings scoring just 137. England batsmen, who have been fine form, were expected to start off with a bang, and chase the score down easily. However, Shaheen Afridi had other plans.

Pakistan’s premier left-arm pacer struck in the very first over of the run chase. On the final ball of the opening over, Afridi bowled a delivery on the good length area, as the ball cut back in sharply and Hales couldn’t even read what happened. The ball went on to hit the middle stump and Afridi dismissed Hales to give Pakistan first blood in the run chase. The England opener could only muster 1 run from 2 balls.

In England’s march to the finals, Sam Curran has been the death bowling specialist. He has bowled incredibly well in difficult overs, whether in the Powerplay or at the end when hitters are seeking to tee off.

Curran has 10 wickets at 13.60 and an economy of 7.28 in five matches, including a five-wicket haul against Afghanistan. He will once again play an important part in the final if England is to win the prized trophy.

The England captain has led from the front throughout the competition, getting his teams off to fast starts. His connection with Alex Hales has blossomed, as the duo defeated India in the semi-finals in Adelaide.

His captaincy has also been outstanding, as has his fielding behind the wickets. Buttler has scored 199 runs in five matches at a strike rate of 143.16, including two half-centuries. He has also been dismissed eight times from behind the stumps.

Alex Hales has made an immediate impact since returning to the England squad following Jonny Bairstow’s injury before to the start of the competition. With 211 runs in five matches at a strike rate of 148.59 and two half-centuries, he is England’s leading run-scorer.

In the semi-final against India, he scored a stunning unbeaten 86, one of the tournament’s best performances. England will be hoping that his superb batsmanship continues in the final against Pakistan.

During the competition, Zimbabwe’s talisman maintained his incredible run in the shortest format. He contributed some crucial runs with the bat while also bowling some useful overs.

He scored 219 runs in eight matches, including one half-century. With stats of 3/25, Raza was also a game-changer with the ball in Australia’s memorable triumph over Pakistan in Perth. He took 10 wickets in total during the competition.

In the competition, the ace spinner was once again Sri Lanka’s talisman with the ball, giving them with some crucial breakthroughs in the middle overs. With 15 wickets in eight matches, Hasaranga is the tournament’s current highest wicket-taker.

His wickets came at an incredible average of 13.26 and a respectable economy of 6.41, with best statistics of 3/8. After taking 16 wickets in the 2021 editions in the UAE and Oman, Hasaranga has a great chance of being the tournament’s highest wicket-taker in back-to-back editions.