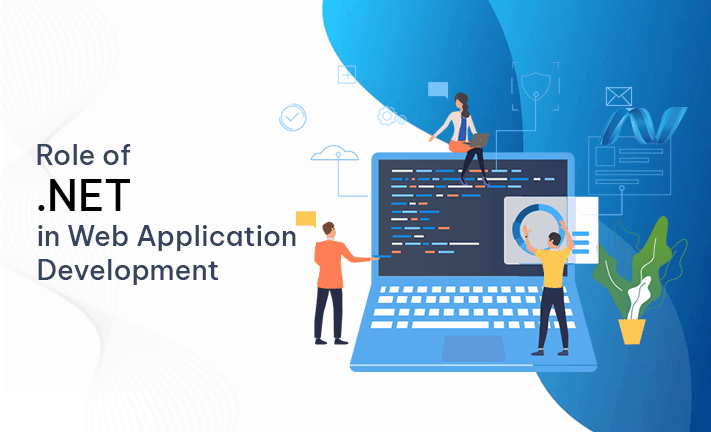 .NET is a free, cross-platform, open-source developer platform for building desktop, web, and mobile applications.  Developed by Microsoft, it runs primarily on Microsoft Windows. The platform supports multiple programming languages including, C#, F#, or Visual Basic, editors, and libraries to build web, mobile, desktop, games IoT applications, and more. NET is an open-source and cross-platform development platform, which means irrespective of the programming language used such as C#, F#, or Visual Basic, your code will run natively on any compatible operating system.

• C# (pronounced “See Sharp”): It is a modern, object-oriented, multi-paradigm, and type-safe programming language. belonging to the C language family. C# was developed and launched by Microsoft in 2001, and is mainly used on the Windows .NET framework. Its syntax bears a lot of similarity to C, C++, and Java.

• F# (pronounced F sharp): It is a functional-first, general purpose, strongly typed, universal programming language that allows accurate and maintainable code to be written in quick time.  It is a part of Microsoft’s family of .Net language.

Above the core components .Net contains libraries that offer valuable support for developing an extensive range of applications.  For example, we have:

ASP.NET: ASP.NET is an open-source, server-side web-application framework that allows you to build interactive, data-driven web applications, and web APIs.

Windows Presentation Foundation (WPF): An open-source, graphical user interface for Windows, on .NET 5. WPF is a development framework that provides a comprehensive set of application-development features that is used to create a desktop application

Xamarin:  Microsoft-owned San Francisco-based software company Xamarin founded in May 2011, is a developer’s tool for cross-platform mobile application development using the C# language. It allows engineers to build modern and performant applications for iOS, Android, and Windows by sharing code across major platforms.

Blazor: It is a free and open-source interactive web UIs using C# instead of JavaScript.to build client web applications.

ML.NET: It is a free, open-source, and cross-platform machine learning framework for the .NET developer platform that allows you to integrate of machine learning models to .NET applications.

Any app, any platform

.NET framework supports all platforms and operating systems, which means you can use it to develop any type of app on any platform on operating systems like Windows, Android, and iOS to mention a few.

.NET’s popularity can be gauged from the fact that it has been occupying the top position for here consecutive years according to a survey by the Stack Overflow Developer. .Net promotes innovativeness by allowing developers to experiment freely and develop high-quality apps and software in quick time without any hassle.

Scores high on parameters of reliability, trust and security

Developed by tech titan Microsoft, .NET is considered to one of the most trusted, secure and reliable platforms for building web and mobile apps. It means developers can fully focus on developing high-quality apps without having to worry about the security and quality of the apps.

.Net doesn’t confine developers to build apps for any specific device or operating system.  You can build many types of apps with .NET.  Its platform independence offers a lot of versatility and flexibility to developers allowing them to develop apps for any platform.

.NET is open source and under the .NET Foundation, which is an independent organization dedicated towards promoting open development and collaboration centered around the .NET ecosystem. Since it is open source (software with source code that anyone can examine, review, modify, and enhance), you can collaborate with thousands of developers and companies around the word already contributing to the .NET platform.

.Net plays a critical role in Web application development of the highest class. Microsoft is now laying more emphasis on making .NET Core more agile and powerful by releasing the latest version every year. NET 5.0 and version 6.0 have cross-platform capabilities offer a superior development experience on Windows, Linux, and macOS.