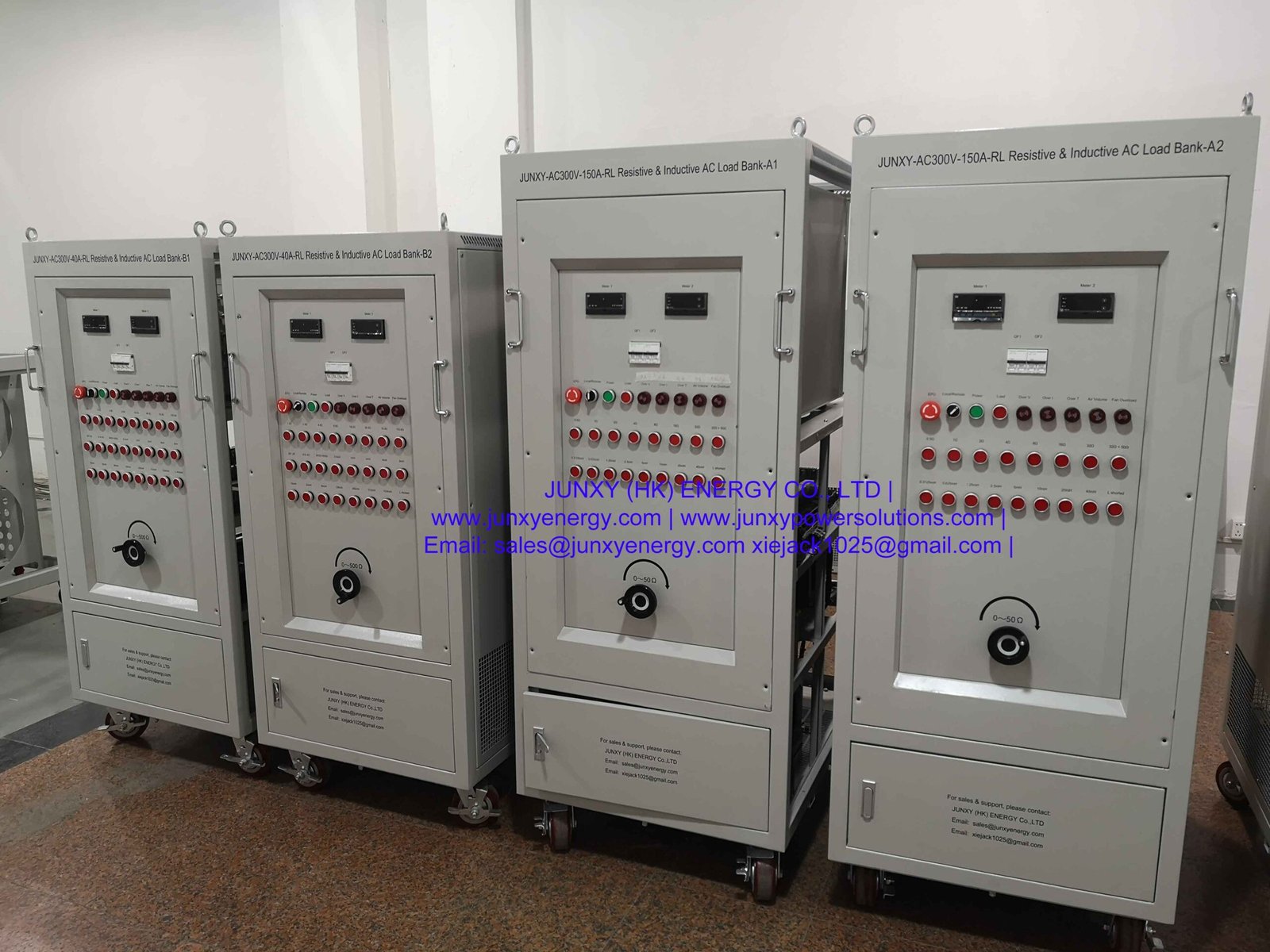 Load banks exist in a range of forms and sizes according to the load they exert on the power sources they analyze. The two primary kinds of load banks are reactive and resistive. Each of these has benefits under certain conditions. Recognizing the differences between resistive reactive load banks can help you choose the optimal methods for evaluating your power sources.

Depending on the generators and how they are used, there may be a need for resistive, reactive, or a mix of both types of load banks. These devices expose the generators to a wide range of loads. In addition to inductive and capacitive power models, reactive loads are the most common forms of electrical loads.

Resistive reactive load banks function similarly to how lights or appliances would take power from a generator. These testing instruments are useful when used with generators to transform energy into heat or light for basic power demands. Some examples of such equipment are space heaters, light bulbs, and lamps.

Reactive load banks are capable of simulating inductive loads, which are often used in commercial buildings and backup power supplies. Inductive loads create a trailing power factor, while capacitive loads produce a leading power factor. Inductive of these two types are more prevalent in machines that transform energy into motion through magnetism.

The Responsibility of Resistive Banks

All of the applied electrical energy is transformed into heat via resistor load banks. Larger kW load banks often contain a cooling fan as an integral component. Some load bank designs, such as the Duct Mounted, rely on cooling airflow from external sources, such as a radiator, as opposed to having their own cooling system.

Self-contained resistive load banks of up to 3,000 kW are often found. For kW load testing, use a load bank with a capacity equal to or more than the power source at the rated output voltage.

Reactive load banks estimate the total apparent load of the power source in kVA. Reactive models are a component of the NFPA 110 testing guidelines for nonunity power factor equipment field or factory acceptance testing. Still, they are not as often used as resistive load banks.

Popular because it is the most cost-effective approach for assessing a power supply, resistive load testing is used often. This method determines a generator’s ability to run under large loads. You may assess the functionality of the cooling and fuel systems of the mechanism when the generator is functioning at full capacity.

Utilizing resistive load banks has the added benefit of enabling the generator to exercise its exhaust system and achieve temperatures sufficient for treating the fumes traveling through it and operating at its peak.

In terms of kVA and kVAR, reactive load testing more effectively replicates the kind of load a generator may experience during normal operation. In addition to transitory loads, it helps evaluate load sharing, alternator capacity, and transient loads.