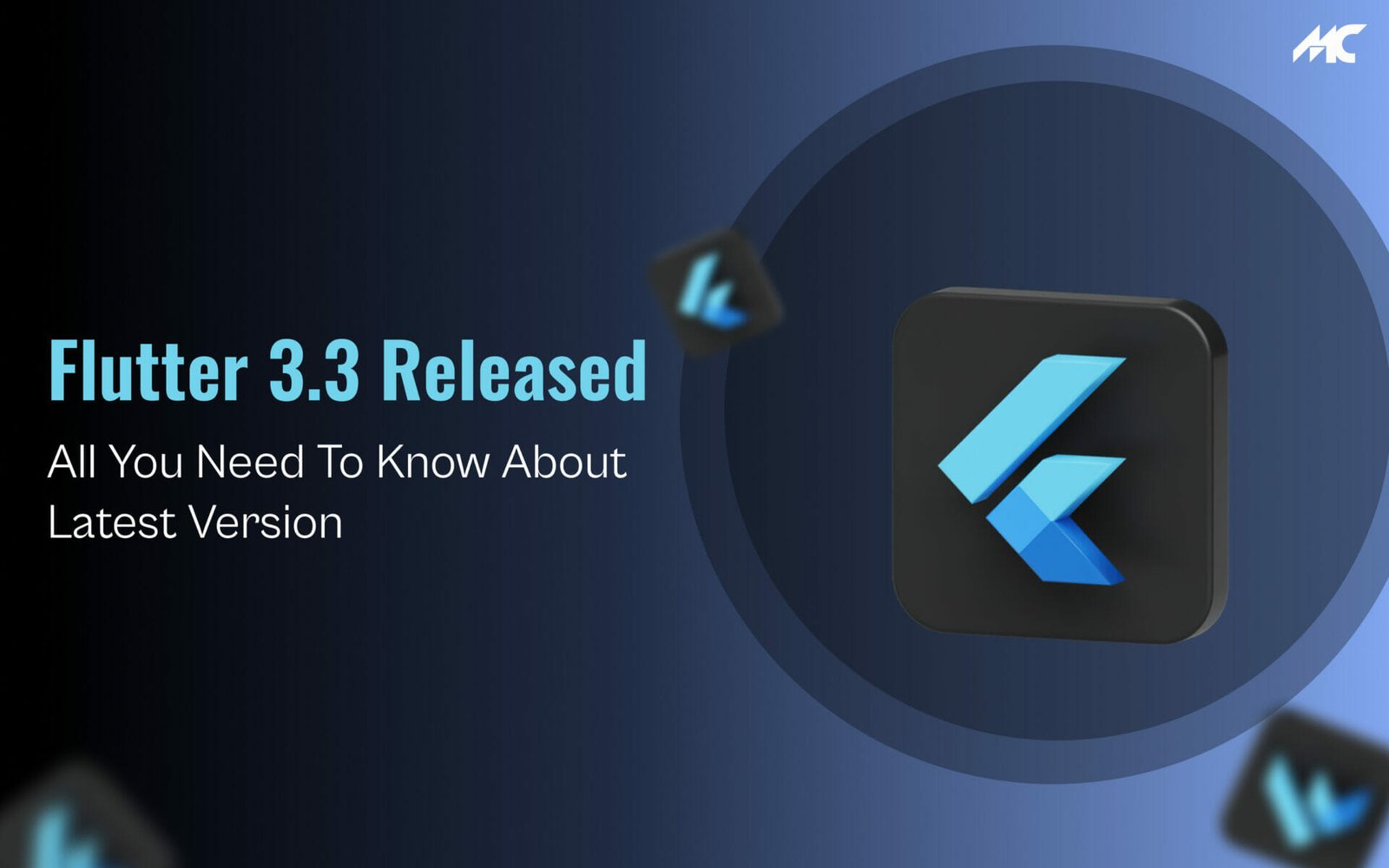 Google recently released Flutter’s newest version-Flutter, 3.3.0. And developers are excited to use this latest version since it has more advanced features to develop incredible mobile apps.

But to understand it, you first need to learn some basics.

Flutter is Google’s UI SDK to create dynamic and responsive user interfaces for mobile applications. It is a cross-platform app development framework that allows developers to write one codebase and deploy it to all OS platforms. Flutter uses Dart programming languages. It has a wide range of ready-made UI components and a rich library for developing feature-loaded mobile apps much faster.

Flutter 3.3.0 is the updated version of the Flutter framework. It comes with new features and updates for developing more user-friendly mobile apps. The latest Flutter version has new fixes, functionalities, and upgrades in the rendering layer, development support, performance, stability, and other things.

Flutter is widely used by the developer community and business people for app development across the globe, so the release of the newest flutter version matters a lot and holds significant importance in the industry.

Flutter 3.3.0 comes with really cool features which are developer-friendly. It has been equipped with many upgrades and advancements in terms of performance, scalability, reliability, and development support.

From the developer’s perspective, it is a great announcement. And for businesses, it is a powerful tool. They would now like to hire flutter app developers with good skills in using the updated flutter version. Thus, it is exciting to know the latest features in the newest flutter version.

Global Selection has got improvements in the latest version. It is an important feature update that helps developers in selecting inputs. Developers were looking for the capability to choose elements on a web app with a single sweeping gesture. In the current Global Selection, a new widget called ‘SelectionArea’ has been introduced.

With this widget, developers need to wrap the Scaffold (your route body) with the SelectionArea widget, and it gets ready to go there. This update helps developers in reducing efforts in selecting the elements within a flutter application.

Now, this is something innovative. The Google team has introduced a new app or third-party tool called Wonderous. This application works as a portal that allows users to explore the world’s wonders in terms of unique UIs and graphics. This app offers a mixture of coding, development, tech, art, and other integrated features. This feature is for general purposes for developers and users.

Flutter 3.3 has got a new graphic engine called Impeller. It has been released on an experimental basis to replace the current Skia Rendering Engine of Flutter. The new graphic engine utilizes the absolute power of hardware-accelerated graphics APIs, for instance, Metal on iOS and Vulkan on Android.

It helps developers enable short animation and eliminate the relevance and role of runtime shader compilation. So, as a result, it allows developers to create high-standard scrolling and visually-stunning elements on mobile screens.

There is an update in Material Design. It now has more exciting features and widgets like Chip, Icon Buttons, and more. The widgets from the previous flutter version gradually migrate to the latest Material Design 3. From this feature, developers can quickly develop more attractive scrolling and navigation features in the app.

In the latest Flutter 3.3.0 version, Dart garbage collection (GC) demand and removing copies have been minimized. As a result, it increases the speed of leading images from assets. The update in the Raster cache makes the flutter development more efficient and scalable. The updated Raser cache avoids some additional scheduling overhead needed by the primary channel-based loader. And thus, result in enhancing the flutter development performance.

The Trackpad Input has received improvements. It assists developers in reducing the number of misinterpretations in particular cases. The new Trackpad Input offers smoother and faster control while eliminating the inconsistent scrolling across the entire application.

It is also one of the significant updates in Flutter 3.3.0 for supporting multiple operating systems. The new flutter version expands its support to all six popular operating systems with go_router package support. It lets developers use the URL-based API to make a more straightforward navigation option that includes deep links. The essential advantage of the go_router feature is that it gives a seamless development experience to developers and creates more efficient cross-platform mobile apps.

This is exciting and engaging—for developers who have always wished to use Apple’s Scribble in development. Flutter 3.3.0 now allows Scribble to use it on their iPad using widgets like Editable text, SupertinoTextField, and TextField. This makes the flutter app development fun and engaging, ultimately affecting the developer’s mind and giving them a seamless development experience.

In the previous flutter version, developers had to transfer the flutter desktop app version from a file specific to Windows apps. This consumes a lot of unnecessary time and delays the deployment process of Windows-specific apps. But in the latest Flutter, developers can smoothly change the app versions from ‘pubspec. YAML files.

The new Flutter 3.3.0 is indeed an essential and disruptive version released by Google. It focuses on improving development speed and enables the app to offer an enhanced user experience with more powerful features. For developers, it is undoubtedly a boon.

And for business owners, Flutter stands out as a more valuable and promising technology for building feature-rich and user-friendly mobile apps. But since there are some significant changes in the new flutter framework, you need to hire flutter app developers who hold good experience and expert skills in using the latest features of Flutter.