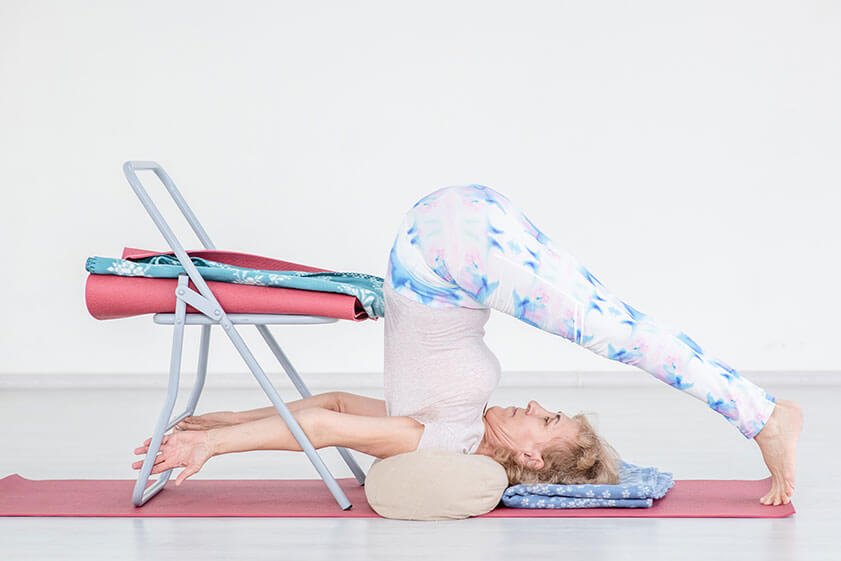 A lot of people have misconceptions about yoga. Some people think of yoga as a practice only suited for those who are already young, fit, and flexible. Others see it as an exercise for the elite. The truth is, yoga is for anyone who wants to be more in tune with their body and who wants to improve their overall mental and physical health.

A previously mentioned, a lot of people associate yoga and its lifestyle with body sculpted people knocking out gravity-defying poses on the best non-slip yoga mat money can buy. While many fitness fanatics do swear by different practices of yoga for parts of their routines, the reality is most people who practice yoga are regular people who at one point wanted to be more flexible, ease an injury, sleep better, relax, or get stronger and who then started incrementally improving their lives through yoga.

People who get intimidated by yoga will often rely on these misconceptions as excuses for not even trying it out. Some people assume that everyone in a yoga class is better than they are. The fact of the matter is, most yoga studio offer all kinds of classes for people at various levels. Simply showing up for a random class may leave you feeling overwhelmed and discouraged. However, you can’t expect to go into an advanced yoga class and excel the same way you can expect to have a conversation in another language if you haven’t even started learning it yet.

If you are a beginner, take a beginner’s class. Something like chair yoga for beginners is a great place to start if you have zero experience. Chair yoga is exactly what it sounds like; it’s a course of yoga that uses a chair to help support your movements. This is the kind of class that is perfect for someone just starting out because it is low stress and gives them a chance to get the mechanics of their yoga poses right.

Another misconception that keeps people from trying out yoga is the idea that it is an exercise for the upper class. What many people don’t know is that the Yogis who are credited for inventing the practice were monks who mostly rejected the material world. The fact that yoga is perceived to be an elitist endeavor is a modern construct. Most people who run yoga studios sell their services for very fair prices and some even offer steeply discounted rates for people of lesser means. Many studios even offer online classes that are a great option for people on a budget. Even the gear isn’t that expensive. In reality, you don’t need much to start yoga, just the best non-slip yoga mat you can afford and some comfy clothes. From chair yoga for beginners to the most advanced classes, most people who run yoga studios are into it for the love of yoga, not to take your money. If you visit a yoga studio and that isn’t their vibe, you should keep looking for a studio that is more in line with your values.