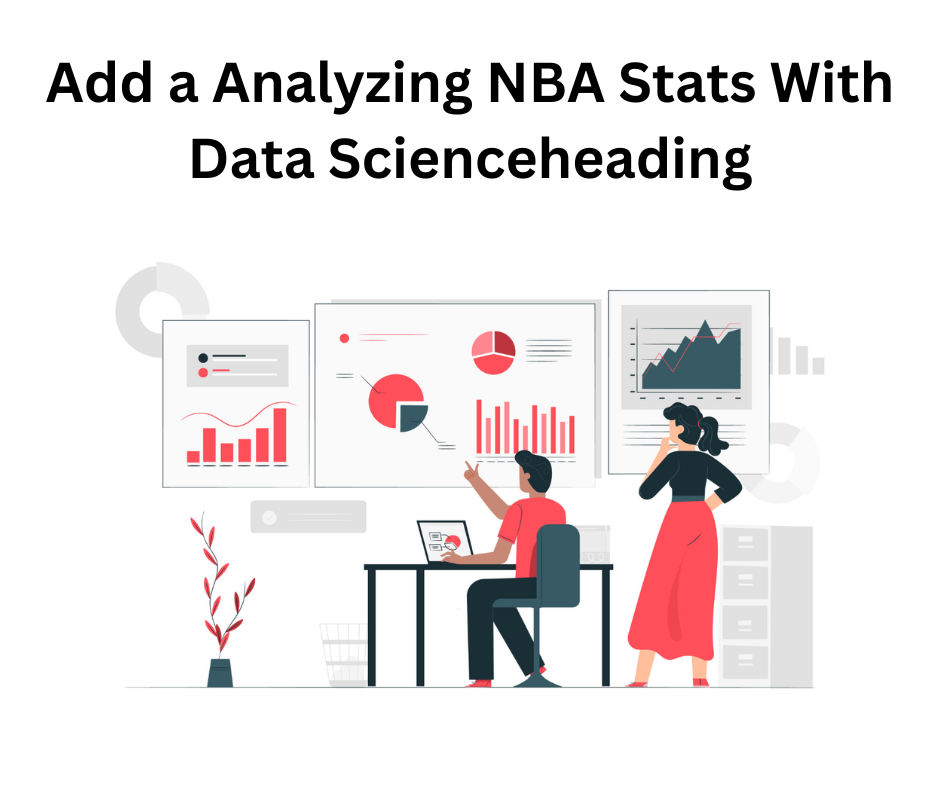 Get a crash course in data science and learn how to use it to analyze NBA stats.

Now that the NBA season is underway, it’s a great time to get acquainted with data science. In this blog post, we’ll walk you through the basics of data science and how it can help you analyze NBA stats. We’ll cover the different methods that data scientists use to analyze data, as well as the results of those analyses.

By the end of this post, you’ll have a basic understanding of data science and how it can help you analyze NBA stats. So get ready to start crunching numbers like a data scientist!

As a basketball fan, it’s exciting to watch the NBA play. However, it can be difficult to understand how each player is performing and what their role is on the team.

One of the most important aspects of data science is understanding how data can be used to make predictions. For example, if you have a set of NBA stats from last year, you could use machine learning algorithms to predict this year’s stats for a particular player. This type of prediction is called supervised learning, and it relies on previous data points in order to make accurate predictions about future events.

Another area where data science can help is by understanding team strategy. For example, if you know that a team tends to play better during home games then away games, you might try trading players in order to ensure that they will play more games at home this season. Or maybe you know that a particular type of player performs better when playing against another specific type of opponent? By understanding team strategy through data science, you could put your teams ahead in their matchups by planning ahead!

The final use for data science in basketball is improving the performance of individual players and teams. By understanding how players are performing across different situations (e.g., different opponents or different parts of the court), you could help them improve their skills accordingly. Additionally, by using machine learning algorithms on past performance data (e.g., game logs), you could create predictive models that would allow players or teams to improve faster than they would otherwise be able too.

When it comes to analyzing NBA stats, there are a variety of methods that can be used. Some of these methods include linear regression, logistic regression, time series analysis, Monte Carlo simulations, and neural networks. By using these different methods together, you can develop a better understanding of player performance and the relationships between different variables.

Predicting player performance is one of the main goals of data science. By understanding which players are likely to perform well in certain situations, you can make better decisions when betting or playing sports in general. Data science also allows you to understand how people interact with each other – for example, how players perform when playing with teammates vs when playing against opponents solo. These insights could lead to improvements in your team’s gameplay or strategy on the court!

In addition to predicting player performance, data science can be used to improve player performance by teaching them new skills or strategies. For example, we could help coaches and managers make better decisions about which players to put on the court in certain situations. Data science also has the potential to help coaches and managers identify which players have potential for improvement – something that is essential for any team looking to compete at a high level.

Rebounding is a key stat in basketball, and understanding how players rebound can help you to better predict the outcome of games. By analyzing rebounding data, you can discover which players are most likely to score or grab rebounds, and which teams are most likely to win. Furthermore, this data science approach is still in its early stages, so it is possible that further patterns will be discovered that could have major impacts on the game of basketball. However, there is huge potential for this type of analysis and it is worth taking the time to learn more about it.

To get started with data science and rebounding analysis, first you will need to gather your data. This can be done by tracking player stats across multiple games or seasons, or by collecting data from online sources such as NBAStats.com or HoopsData.com. Once your data has been collected, you can begin analyzing it using various data science techniques.

Some common methods used for rebounding analysis include principal component analysis (PCA), linear regression models, and logistic regression models. By using these models, you can identify patterns in player rebounds that may be useful in predicting game outcomes or predicting future performance levels for individual players. As rebounding data continues to evolve and new patterns are discovered, the potential for this type of analysis remains huge. So if you’re interested in learning more about NBA stats and their impact on game outcomes – don’t miss out on this valuable information!

As a basketball fan, you know that assists are a key stat to watch. They show how well a player is passing the ball, and this information can be valuable in predicting future performance. However, analyzing assists can be difficult – which is where data science comes in.

Data science is a field of study that uses mathematics and computer algorithms to process and understand data. In basketball, data science can be used to find patterns in how players get assists and to predict future performances. For example, data scientists could find correlations between assists and other stats like points or rebounds. This information could help analysts make better predictions about who will be successful on the court in the near future. So don’t wait – get started using data science in your basketball analysis today!

When it comes to analyzing basketball stats, there’s no one better than the pros. They’ve been working with data science for years, and they’re experts at using it to improve their game. As a fan of the NBA, it’s important for you to learn as much as you can about this fascinating field. In this section, we’ll take a look at some of the most important findings from our recent analysis of NBA stats.

First and foremost, we found that certain variables had a significant impact on team success. For example, height had a significant impact on points scored and rebounds grabbed- which is why taller players tend to be more successful in the NBA. Additionally, teams that play faster paced games tend to do better than those that play slower games- which is likely due to how well data science can analyze player movement and generate accurate predictions.

Another interesting finding was that data science techniques were able to provide accurate predictions even when other factors (such as previous performance) were not known. This suggests that these techniques are not biased – they are simply able to find patterns in data even when other information is unavailable or inaccurate. By understanding these patterns, data scientists can make better predictions and create strategies for achieving success in the NBA.

While these results are valuable insight into basketball analytics, there is still more work that needs to be done in order to fully understand how these variables work together and what impacts they have on team performance. This analysis provides fans with a basic understanding of how data science works – but there’s still much more that needs to be explored in order for us to truly understand what goes into making an elite basketball team!

If you have an interest in data-analytics, this Resistance Phl will be usable for you.

1. Data science is a field that is growing rapidly in popularity due to its ability to provide insights from data that were previously hidden.

2. Data science methods are used to discover these hidden insights and patterns.

3. Results from data science can be used to improve decision making in business, government, and other areas.