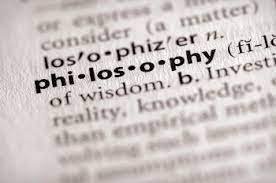 The importance of philosophy is capital, since it is a discipline that tries to understand the world and human existence. Since time immemorial, it has raised questions that seek to unveil the enigmas that are hidden behind a diversity of phenomena and situations, such as knowledge or truth.

In short, it is an approach to reality, which has sought to offer rational explanations about the human being and its evolution, throughout the centuries. Of course, always adapted to the historical context. Although many philosophical conceptions of antiquity are still valid and are still discussed today.

Having said this, the importance of philosophy can be summed up in that it is a set of reasoning with which rational answers to the enigmas of life or reality are sought, an issue that is essential to understand ourselves and guide our actions.

The term philosophy comes from the conjunction of two Greek words: filein which means “love” and sophia which means “wisdom”. Therefore, in a basic way, it can be defined as a love of knowledge, a passion for wisdom or an interest in knowing.

It is a discipline as well as a set of methods, reflections and reasoning about the first causes and the ultimate ends of things. In this way, he tries to answer a variety of fundamental questions about existence: knowledge, reason, morality, beauty, the mind, language, religion.

However, more than affirming, philosophy seeks to confront. Almost everything is questioned. And from there, from denial or doubt, one seeks to begin to build certainties.

Often it is easier to say what philosophy is not. For example, his particular search for wisdom is much broader than that of the sciences. And it can be said that the path of philosophy begins where those do not have answers.

It is also different from the search proposed by religion, since it is based on faith, while philosophy does so on reason. In addition, religion usually proposes dogmas; while philosophy questions them.

Likewise, philosophy distances itself from the visions of esotericism, occultism and pseudosciences, since it rather works with verifiable, logical, organized and legitimate knowledge, which in this sense makes it similar to science.

Philosophy is one of the oldest disciplines of humanity. Its western origins date back to the 7th century BC. C., to Thales of Miletus. He is considered the first philosopher to formulate a rational explanation of the structure and formation of the universe.

However, it is said that the term philosophy was coined some time later, approximately in the 5th century BC. C., when the mathematician and thinker Pythagoras was questioned by the Spartan king Leonidas, regarding whether he considered himself a wise man. Faced with this question, he humbly replied that he was rather a lover or seeker of wisdom. I mean, a philosopher.

As for Eastern culture, there were also important philosophers, such as Siddharta Gautama (Buddha), Bodhidharma, Chárvaka and Confucius, all founders of important traditions of thought (although also of religions).