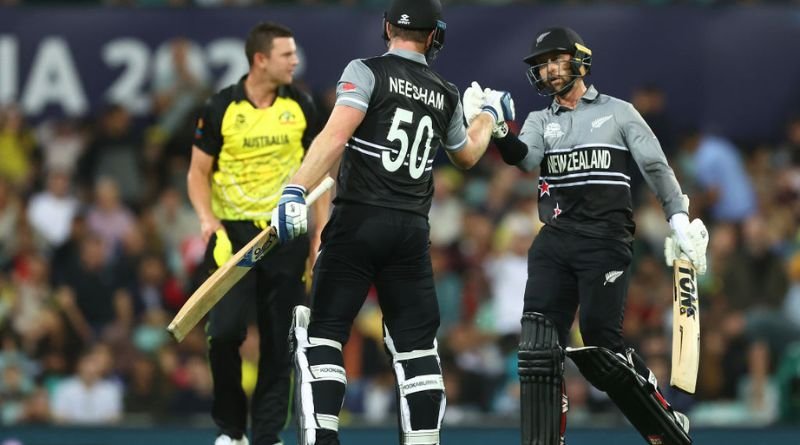 The ICC Men’s T20 World Cup 2022 concluded on Sunday with England lifting the trophy after beating Pakistan in the final, and here we shall take a look at the best matches from the tournament that left us completely stunned.

Netherlands vs South Africa – An upset of great magnitude

This was considered as a match that South Africa should have won. A win here would have sealed their place in the semi-finals but Netherlands had other ideas.

What transpired in that match was shocking as the Dutch pulled off an upset of huge magnitude, that too in a highly important game, which had so much at stake for as many as three teams.

South Africa had Netherlands under control for the large part of their innings. Even though the Dutch accelerated and added some valuable runs towards the end, 158 was never seen as a total the Proteas couldn’t chase down.

But the pressure of the contest and some fine bowling by the Dutch got the better of the South African batters. The defeat knocked South Africa out of the tournament and cleared the path for Pakistan to the semi-finals after they beat Bangladesh in the very next match.

India vs Pakistan – Virat Kohli produces another innings to remember

The fans were treated to a nerve-wracking contest as Kohli’s masterclass guided India home in a last-ball thriller.

India looked absolutely down and out of the contest when they lost four wickets with just 31 runs on the board while chasing 160. But Kohli produced the innings of his T20I career as he smashed an unbeaten 82 from just 53 deliveries to power India to a thrilling win.

Hardik Pandya also supported him well with a knock of 40 and was involved in an important partnership of 114 that brought India back into the game. The scenes after the match were amazing.

The fans erupted in the stadium, the Indian players ran into the ground and lifted Kohli in their arms and there was joy all around the Indian dugout, and despair in the Pakistani camp. It was a classic contest, a night to remember!

Before Netherlands pulled off a shock defeat over South Africa, this match was seen as an upset of epic proportions.

Everyone backed Pakistan to win ahead of this match and it looked even more likely when Zimbabwe could manage only 130 in their 20 overs. Pakistan were getting on their way well, at a steady rate, but Sikandar Raza’s triple strike destroyed Pakistan’s middle order completely.

Babar Azam’s men needed 11 to win off the last over and they had brought it down to three from the last ball. But the batters failed to make it back for the second run as a run out sparked extraordinary scenes in Perth. It was another contest that Pakistan lost off the last ball, and their chances of securing a semi-final berth after this looked extremely bleak.

A close contest was expected as two of the tournament favorites were locking horns in the second semi-final in Adelaide. But what turned out was a completely one-sided contest and an absolute mauling of the Indian team, as England chased down 169 with 10 wickets and four overs to spare.

It was the opening duo of Alex Hales and Jos Buttler that did the damage, with both batters remaining unbeaten on 86 and 80 respectively.

Read Also: 10 Cricket Records That Will Never Be Broken

England were in control right from the first delivery of the match. The bowlers bowled disciplined lines and lengths to keep the Indian batters quiet. Even though Hardik Pandya launched fireworks towards the end with his 33-ball knock of 63, a target of 168 was just not enough to contain a dangerous English batting line-up.

A quality game can always be expected when two of the best sides in the world clash and that’s exactly what we got when India and South Africa locked horns in Perth in the Super 12s.

The Proteas destroyed India’s top-order completely but Suryakumar Yadav’s majestic knock of 68 from 40 deliveries helped India post 133/9 in their quota of overs.

It looked quite tough to defend such a low total but the Indian bowlers made quite the game out of it. Mohammed Shami was brilliant as he conceded just 13 runs in his four overs. The others also stepped up as they took the match right down to the wire.

But some sloppy fielding by the Indians and two great knocks by David Miller and Aiden Markram helped south Africa edge past India.

England vs Pakistan: T20 World Cup final – As it happened

For Pakistan, the eerie similarities to 1992 fell short towards the end. Outplayed in the first half, they clawed their way back with the ball but just didn’t have enough runs on the board… and had Stokes to counter.

England, meanwhile, kept rolling. Fourteen off three balls after Afridi’s injury changed it all. England is now the first team to hold both white-ball World Cups. Their brand of attacking cricket has transformed the way the game is played in this format.

Crucially, it’s a style that’s become so ingrained in the team’s mentality that it isn’t affected by changes in personnel. There’s been a change in captain and coach since their win in the 2019 ODI World Cup but the approach remains the same.

They were always in control of this final. Sam Curran was the standout performer, but there were important contributions from numerous players – Rashid, Stokes, and Ali, Jordan – strewn across the XI. They’ve already picked up two World Cup medals, and if they keep playing the same way, there’ll be a few more to come.

Sam Curran chosen as Player of the Tournament

A three-for in the final, the only bowler with a five-wicket haul in the World Cup and 13 wickets across the tournament. Sam Curran, who was also the Man of the Match in the final, also picks up the Player of the Tournament award.

Just a reminder that he’s only 24.