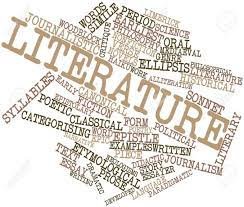 When we refer to the term literature we can do so from different perspectives. This is because it is a word whose meaning varies depending on the context where it is applied.

In general terms, literature is understood as a type of artistic expression that makes use of the word, both written and oral, to transmit a series of feelings, descriptions and diverse knowledge. The origin of the term derives from the Latin littera, which means ‘letter’.

Literature is part of the cultural expressions of a certain period, region, country, language, context, as well as, it can also refer to a set of works that deal with a certain theme or area.

Literature is also known as one of the subjects that are part of the school curriculum, and which refers to the study of literary theories and their importance.

However, it should be noted that not everything that is written is literature according to the literary canon, which is a type of rule that establishes what can be considered literature or not according to experts in the area.

In turn, the canon is variable over time, since literature is constantly evolving and changing as well as expressive needs.

For example, journalistic articles, although they are texts written with the intention of informing and follow a series of rules, are not considered literary works. The same happens with scientific texts, among others.

This is because the use of language does not fulfill a poetic and stylistic function of the word. Literature makes use of various rhetorical figures that enrich the discourse, embellish the images described, convey feelings and make it possible to transport the reader to different places, real or imaginary.

Therefore, literature uses language and its functions, which go beyond transmitting or communicating a message. The author gives free rein to his creativity and imagination, whose speeches expose an aesthetic and artistic purpose and sense of language.

Literature is a form of artistic expression that uses written or oral language as its main resource. It is considered an art because it exposes the vision of the author, who is the one who uses the word from an aesthetic perspective.

Oral tradition is also included, which has made it possible to collect various literary works that are part of universal culture due to their origin, theme and importance as part of the various cultural expressions.

The definition of the term literature has developed over time. During the seventeenth century literary works were called poetry, although they were not as such, since it could be a lyric, epic or drama.

From the eighteenth century began to use the term literature. But it was not until the 19th century that the term took on the meaning in which it is used today.

Roman Jakobson was a Russian linguist and theorist who in the 20th century differentiated literature from other discourses. For this, he highlighted particularities such as the poetic function of language and the linguistic style used by the author, who makes use of either verse or prose to delight the reader in his narration.

Jakobson was part of Russian formalism, an intellectual movement that carried out important linguistic studies, from which both literary theory and literary criticism derived, whose object of study is literature and its essence.

Thus, the fact that literary language combines aesthetic elements that generate pleasure in reading after the use of repetitions and rhythms throughout the text stands out. This seeks to attract and impress the reader, activate their imagination and senses.

Jakobson exposed the differences between literary language and common language, not only because the poetic function of language goes beyond issuing a message, it also seeks to affect the receiver in different ways; therefore, literature is a work of art.

In this sense, a work is considered to be literature as it moves away from everyday language, breaks and transforms traditional schemes to express or expose various real or fictional situations.