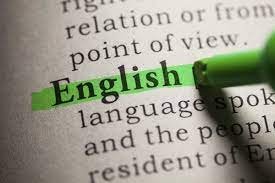 One of the issues that cause the most headaches for Spaniards is learning this Germanic language. Most of us have been learning it since school, however, only a small percentage manages to use it effectively when they reach adulthood, why is it difficult to learn English?

A recent report by Education First places Spain in 34th position in terms of proficiency in the English language. At first glance it may not seem so dramatic, but after seeing the positions of nearby countries such as France and, especially, Portugal, we can realize the problem. There are usually three explanations for this phenomenon: lack of involvement of teachers with students, quality of materials and number of hours of study per week.

Although cases like this may occur, we must bear in mind that the planning of the teaching of English in the Spanish educational system is not always ideal, since it is structured around grammar, paying some attention to written expression and abandoning oral expression altogether. Therefore, the task of seeking external training resources in order to improve their level falls almost solely on the students.

However, this is only one of the factors to take into account.

As we mentioned before, in Spain the study focuses almost exclusively on grammar. It is true that this knowledge, especially at the initial levels, is essential for the proper structuring of ideas, sentences and texts. However, when it comes down to it, grammar is not the most important element in achieving good communication.

The large space that it occupies in the teaching of Spanish languages ​​means that the time is much shorter for the rest of the skills, which leads us to the next problem.

Lack of exposure to the English language and culture

Let us remember that the main objective of any language is to allow communication between two individuals; If we focus the study on grammar, students will be able to produce written speeches, but they will be insecure when it comes to producing oral speeches. Elements such as pronunciation, sometimes essential given the number of homophones in the English language, go unnoticed.

Outside of class, exposure to English is virtually nil; movies and series are systematically dubbed into Spanish. In addition, sometimes this means that everyday expressions and cultural elements are translated by known equivalents in our culture, which does not contribute to learning or practicing the language.

English is not easy and has its own difficulties

English and Spanish are languages ​​that belong to different linguistic branches (Germanic and Romance). This means that, despite the fact that a large number of terms and expressions are totally equivalent, there are difficulties when producing texts and speeches. In addition, elements such as phrasal verbs, the equivalence of verb tenses and pronunciation contribute to the belief that English is a complicated language to learn.

So what can we do to solve these problems? Is English really a difficult language to learn? Here are some tips to improve your level.

Grammar yes, but speaking and listening

The study of grammar is important, so we must not forget it or substitute it for the other skills. Of course, it is necessary to put it into practice orally through conversations or presentations. One option for this, for example, is through language exchanges or through conversation courses. Start from the basics and, little by little, you will gain fluency and be able to express more abstract ideas using more precise vocabulary and structures.

If you are self-taught and prefer to do everything from home, you have a wide variety of resources such as audiovisual materials, exercises and explanations at your disposal on the Internet, and you can even find other people interested in language exchanges.

Get closer to the language

Simple gestures such as exposing yourself to the language for half an hour a day (orally or in writing) could lead to big changes in the long term. We can take advantage of the commute to work to listen to the radio or a podcast in English, for example.

The most fun way to get used to the language and assimilate new vocabulary, however, is by listening to music in English and watching content in its original version with subtitles. We recommend that, if you are still at a basic level, you watch content in the original subtitled version that you have already seen dubbed into Spanish. I’m sure you can understand most of the expressions!

Lose the embarrassment of speaking English in public

This is something basic that we often overlook. No one is born knowing, and it’s normal for you to make mistakes when starting to practice a language, so don’t let embarrassment stop you from putting all the theory you’ve been learning into practice. As we indicated in the previous section, start with the most basic expressions and little by little you will be able to increase the difficulty.

If you are overly concerned with your pronunciation and/or intonation, you can try the shadowing technique, which consists of repeating a word or phrase out loud as you listen to it. It doesn’t take too much time and you can do it with any audio or video you want.

A language is like a plant; we have to water it so that little by little it grows and bears fruit. Do not get obsessed with understanding everything at first or set unrealistic goals for yourself, since the only thing you will achieve is to get frustrated and end up abandoning the study.