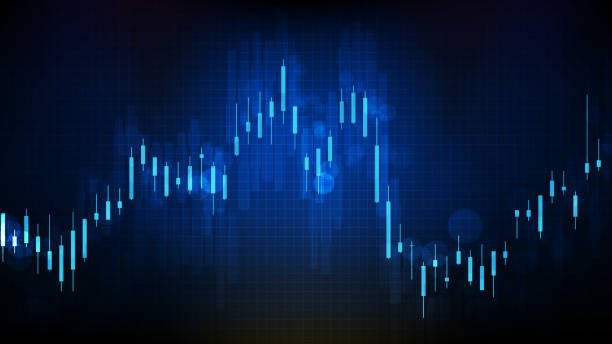 The International Capital Market Association has updated its recommendations on green securitization and other secured structures in the appendix to its Green Bond Principles. This action might promote development in a weak sector of the sustainable capital markets via increased standardization. The ICMA creates a strong impact on the international securities market as well. Therefore, it is quite important to keep that in mind and take appropriate measures to get the most offered out of this organization. Then people who are willing to invest their money in the securities market will end up with getting much-needed assistance as expected.

ICMA: What is it?

With its headquarters in Switzerland, ICMA is a membership organization that serves the interests of a diverse group of member companies in the international capital markets. Around 600 people from 62 nations are members of ICMA as of March 2020. Private and public sector issuers, banks and securities companies, asset managers and other investors, service providers of the capital market infrastructure, central banks, law firms, and others are among its members. In order to inform its work on regulatory and market practice problems, which have an influence on all facets of the operation of international markets, the ICMA convenes members from all segments of the wholesale and retail debt securities markets via its committees. The four major fixed income market segments that ICMA prioritizes are primary, secondary, repo and collateral, as well as green, social, and sustainable.

The impact of ICMA on sustainable bonds

ICMA is playing a major role behind sustainable bonds. The New Green Bond Principles advice makes a distinction between “secured green bonds” and “regular green use-of-proceeds” bonds. If a bond meets one of two requirements, it may be classified as green: either the bond is secured by an eligible project, or the profits will only be used to finance or refinance green projects that are not included in the bond’s collateral. Issuers of green, social, or sustainable secured debt must identify the bond type in order to adhere to the revised Green Bond Principles.

The updated version of the highly regarded New Green Bond Principles guidance makes a distinction between “secured green bonds,” which could include asset-backed securities, covered bonds, or asset-backed commercial paper, and “standard green use-of-proceeds” bonds, where the money raised through the sale of unsecured green debt is set aside for climate-friendly projects.

For prospective issuers and structurers of green securitizations, which have taken longer to gain traction than other sustainable capital market vehicles, the new advice offers some clarification. The option to designate a bond as green even if the collateral it is backed on is not may assist encourage more green ABS issuance, since securitization bankers have attributed this in part to a shortage of eligible green collateral.

The guidance creates a two-track market for green ABS where bonds can be classified as green either because they are secured by green projects and thus qualify as “secured green collateral bonds” or because the proceeds will only be used to finance or refinance green projects that are not included in the bonds’ collateral.

The latter are categorized by ICMA as “secured green standard bonds.” Issuers of green, social, or sustainable secured debt must identify the kind of bond they are issuing in their marketing materials in order to adhere to the revised Green Bond Principles.

Furthermore, green projects should not be “double counted,” for as by being used as security for a green secured bond when they have previously received funding from another sort of green bond issue. Although adherence to the Green Bond Principles is optional, most green bond issuers do so since they see them as the industry’s benchmark.

In a paper that accompanied the updated edition, ICMA said that a green or social initiative “may only be credited towards one GSS bond at any moment in time.” However, if a GSS bond is redeemed, the green or social project may be used as collateral for another GSS loan, therefore this does not exclude out refinancing.

ABCP and other structures involving back-to-back financing agreements were also addressed by the self-regulatory authority. According to ICMA, “there might be different back-to-back financings between the transaction originator, the conduit sponsor, and the ABCP issuer in such a transaction, but only the ABCP is the capital markets instrument hence only the ABCP can claim the GSS bond name.”

The ICMA left the door open for green synthetic securitization as well, but noted that in such instances, the full impact of the transaction on the issuer, including any capital released and risk-weighted asset benefits, must be taken into account when determining the amount of capital that must be invested in green projects.

A lively discussion about the future of ESG securitization erupted last year after Kensington Mortgage Company introduced the social UK RMBS Gemgarto 2021 and the green UK RMBS Finsbury Square 2021-Green to the market. Industry leaders like Hugo Davies, head of capital markets at LendInvest, called for greater standardization. However, ICMA left certain issues up to the individual investors.

According to the guidelines, a bond could be classified as green since it uses the revenues while being secured by a resource that raises environmental concerns. Investors “should make their own judgments” in certain situations about whether a bond would be “in keeping with their investment mandate,” according to ICMA.

Now you have a clear idea on what the ICMA is all about and the role played by it in the securities market. If you believe that the ICMA is creating a major impact, you may think about getting the membership of it. This will help you to experience the maximum returns that ICMA is offering on your way.