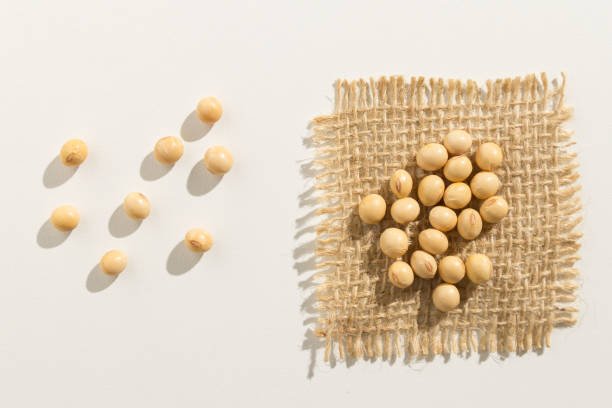 Soybeans are the world’s fourth most produced crop by volume. This crop offers affordability, culinary qualities, and health advantages. In addition, many current food trends—including the rise of plant-based proteins, the appeal of functional foods, and the popularity of international cuisines—are compatible with soy foods. While some soy crops are consumed directly, more than 85 percent is processed into soybean meal and oil.

For thousands of years, soybean has been farmed as a commercial crop, mostly in temperate ecologies. It was initially grown in northern Asia, and in more recent decades, it has spread to North America and nations in Latin America’s Southern Cone. Crop scientists and soybean farmers have worked together over the past few decades, increasing global soybean production from 155.1 million tons in 1999 to 284 million tons in 2013.

Currently, soybeans account for about 55% of all oilseed production worldwide, and in the past ten years, production has increased at an average rate of more than 5% annually. Some of the reasons for this increase in soybean production are:

Due to their great nutritious content, soybeans are in high demand. It has protein and is a good source of fat and carbohydrates. They are a rich source of numerous vitamins, minerals, and healthy plant substances, including isoflavones.

The amount of protein in one serving of soy, such as tofu, soymilk, soynuts, edamame, TSP (Textured Soy Protein), or soymilk, ranges from 7 to 15 grams. Because of these benefits, consuming soybeans may lessen menopausal symptoms and lower your breast and prostate cancer risk.

The United States currently produces the most soybeans in the world. Soybean food grains are grown throughout a vast geographic region of the country. Their soy supply chain is supported by researchers who continue to develop and expand soybean varieties that satisfy customer preferences and tastes worldwide to meet the global market’s needs. When it comes to the consumption of soybeans, their production has an impact on the entire world.

Soy is affordable, offers shelf-stable options, and is widely available as an ingredient in grocery stores. Because soy ingredients are so adaptable, they can be used in specialized diets like dairy-free, low-cholesterol, vegan, and diets high in protein. For instance, it is simple to add TSP (Textured Soy Protein) to well-known dishes like chili to increase the nutritional value while preserving the flavor and texture of the original dish.

Soybean oil is a type of vegetable oil derived from the seeds of the soybean plant. Around 62 million tons (56 million metric tons) of soybean oil were produced globally between 2018 and 2019, making it one of the most widely used cooking oils. Its high polyunsaturated and low saturated fat content is a good option for healthy heart diets. Additionally, it has a neutral taste and higher smoke point, which are advantages in the culinary world.

Soy milk is a beverage manufactured from soybeans and used as a healthy and vegan alternative to milk. Soy milk was developed as a drink that has several health benefits, such as lowering cholesterol, lowering the risk of heart disease, and lowering the risk of cancer. Its good nutrient profile, creamy texture, and non-dairy composition make soy milk an excellent alternative to milk.

The popularity of vegetarianism is increasing soy milk consumption. The size of the global soy milk market was estimated to be $15.33 billion in 2018 and is expected to increase to $23.2 billion in 2025.

Soy Is a Good Option for Snacks

Soybeans have long been part of Asian cuisine, and their popularity is spreading globally. It has numerous health benefits and is an excellent source of protein for vegans. Given the reasons mentioned above, the demand for soybeans and their products has skyrocketed. This rise in demand had an immediate effect on its production. The soybean industry has changed over the past ten years as more nations produce it with the assistance of experts. These experts are developing the best techniques to meet global customer demand.