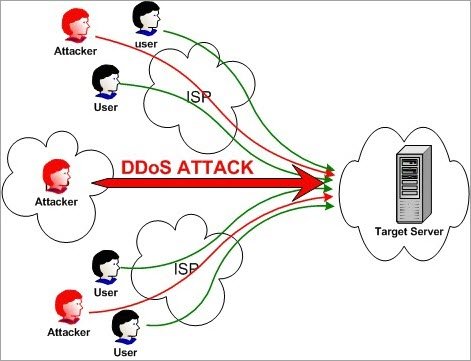 Service interruptions are the intended result of a Denial of Service (DoS) attack. Even if the attacker does not demand a ransom to end the attack, these attacks can quickly cost an organisation a sizable sum in damages and wasted resources. There are numerous free DDoS Attack Tools for Windows available, making it inexpensive and simple for even inexperienced attackers to use this attack method.

Denial-of-service attacks: what are they?

Any attack that is intended to shut down a system or make it unavailable to authorised users is referred to as a DoS attack. The assault’s objectives could be to harm the target organisation, demand a ransom to unlock services, or hide another attack.

DoS attacks can profit from a variety of different computer system weaknesses. Segmentation faults and other errors that lead to a software crash can be produced by exploiting buffer overflow vulnerabilities and other programming weaknesses.

However, exploiting bottlenecks in a computing system is the most typical way to carry out a DoS attack. Every system component has a maximum processing capacity for traffic, data, connections, and other things, and the component with the lowest threshold determines the system’s overall capacity. The majority of DoS assaults are made to go beyond this limit, which prevents the system from handling valid user requests.

DoS attacks can be carried out in a variety of methods. Common assault methods include, for instance:

Volumetric attacks: Bandwidth restrictions on network connections and network interface cards (NICs) are in place. By sending more data than these systems can process, volumetric attacks try to take down these systems. These attacks could consist of a huge number of little packets or fewer very large packets.

Attacks at the application layer: Applications using the network must be able to handle requests that are made of them. The thresholds of an application are frequently significantly lower than the infrastructure that supports it. An attacker can deplete all of an application’s resources by flooding it with legitimate requests, blocking it from being used by other users.

Attacks known as denial of service (DoS) aim to overload a service with more traffic than it can handle. But this presumes that the attacker has the means to make it happen.

The goal of distributed DoS (DDoS) attacks is to overload the target by employing a many-to-one attack strategy. The attacker makes use of a botnet rather than just one machine to carry out an assault.

This botnet is made up of numerous attacker-controlled devices, such as infected computers, rented cloud computing resources, and more. The target service is informed to receive some traffic from each of these devices. A DDoS botnet can bring down any unprotected service by taking advantage of its larger size, even if the target has more network bandwidth and more powerful machines than the attacker.

A DDoS assault can be carried out by an attacker using malware or custom software, and several DDoS websites provide DDoS-as-a-Service. There are several free DoS attack tools available for penetration testers that want to carry out their attacks independently but don’t want to create their own tools.

One of the most well-known DoS attack programmes that is freely accessible online is LOIC. In addition to using the tool, the well-known hacker collective Anonymous also invited online individuals to participate in DDoS attacks via IRC.

One person may launch a DoS assault on tiny servers using LOIC. Even a novice could utilise this gadget with ease. By sending UDP, TCP, or HTTP requests to the victim server, this programme launches a DoS attack. The utility will take care of the rest; all you need to know is the server’s URL or IP address.

An image of the tool is displayed above. Select the attack parameters, then enter the URL or IP address. You can keep the default options in place if you are unsure about what to use. When you’re finished, use the large “IMMA CHARGIN MAH LAZER” button to launch the attack on the intended server.

This programme also offers a setting for HIVEMIND. It gives attackers the ability to command distant LOIC equipment to launch a DDoS attack. You can command every other computer in your zombie network using this feature. Any website or server can be the target of DDoS and DoS assaults with this application.

The most crucial fact that you should be aware of is that LOIC makes no attempt to conceal your IP address. Consider your options before using LOIC to launch a DoS assault. You cannot use a proxy since it will reach the proxy server rather than the destination server. Only test the resistance of your own systems against DoS and DDoS attacks using this application.

Another good DoS attack tool is XOIC. If the user can supply an IP address, a target port, and a protocol to use in the attack, it launches a DoS attack on any server. The creators of XOIC assert that XOIC is in many ways more potent than LOIC. Similar to LOIC, it has an intuitive user interface, making it simple for a newbie to use this programme to launch assaults.

Another effective DoS attack tool is HULK, which creates a distinct request for every request made to the web server and inform how to get unbanned from roblox. This makes it more challenging for the server to identify trends in the attack. This is just one method HULK uses to get rid of patterns in its assaults.

With requests, it can choose at random from a list of known user agents. Additionally, it makes advantage of referrer forging and has the ability to avoid cache engines, directly accessing the server’s resource pool.

Attacks that cause a denial of service can take a system offline and squander resources on harmful traffic. Even if the attacker does not demand a ransom to end their attacks, the target nevertheless bears a heavy financial burden as a result.

Every firm should have measures in place to defend against DoS and DDoS assaults since they are inexpensive and simple for cybercriminals to carry out thanks to the large array of free tools available. This is particularly true given how affordable enterprise-scale attacks have become because to the development of the Internet of Things and cloud computing.