Agricultural Technology That Will Improve Your Yield 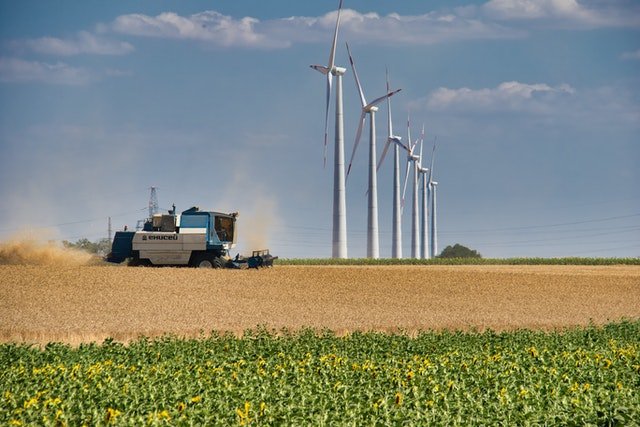 Even though a large percentage of the population depends on agriculture for their livelihood. Yet, it remains the most neglected sector in a lot of developing and underdeveloped countries. Farmers end up committing suicide because the agricultural sector is very uncertain. Farmers mostly have to depend upon the rain because either they don’t have money or they are not aware of the technology that can be employed in their fields making their work very much easier and more effective.

HYV stands for High Yielding Variety seeds. It was after the green revolution that the Indian government introduced this technology to the Indian farmers. The rest of the developed countries were already using it. Because the farmers use to sow the normal seeds there was a high probability of pests affecting it. But the High Yielding Variety seeds are bred scientifically so there are very less chances of them getting affected by insects or pests.

The mechanization of agriculture is only possible because of technology. Initially, the agriculture sector was not mechanized at all. But with the increasing role of technology, there is a lot of machinery that is specifically designed for agriculture such as tractors, threshers, etc. Because of it the farmers now don’t have to use manual stuff to plow their fields. LA lot of technology has come up for irrigation as well. People have started adopting mechanized means of farming as it has eliminated their manual workload to a very large extent. This proves to be very helpful in the case of terrace farming. Secondly, they distribute the soil, seeds, insecticides, etc evenly, which is not possible if it’s done manually. It has also improved the quality of yield to a very large extent. Which is the ultimate goal of every farmer.

A lot of farmers end up choosing crops that are incompatible with the soil condition of their fields. It happens very often, due to which it becomes really difficult to get a good yield. That’s why soil testing becomes necessary. It will help you know the type of soil and its nature of it. Sometimes soil becomes extremely acidic and sometimes it becomes alkaline. The treatment for both conditions is different. And it can only be treated in a better way only if you know what the condition of your soil is. Hence the role of soil testing is increasing with every passing day.

Irrigation is an inseparable part of agriculture. One can only have a good yield if the crop gets enough water as per its requirement. A lot of farmers depend on rain for irrigation but it becomes very uncertain. Because sometimes there can be heavy rainfall and sometimes no rainfall at all. But irrigation has eliminated this uncertainty to a very large extent. A lot of technology is being employed in this field to develop different means of irrigation depending upon the area of the field and the amount of water it needs. This also improved the yield to a very large extent. Apart from tubewells, there are a lot of irrigation systems that the farmers are adopting and they are getting the best results from them.

Even though there are a lot of technologies available that can be used in agriculture and that are very effective too. But the thing Is these are all very costly and cannot be accessed by small farmers. And for that, it’s necessary to improve their status and make them aware of cooperative farming. So that they put it all together and can use it in their fields.

A Complete Guide: How To Set Up A Business In Singapore