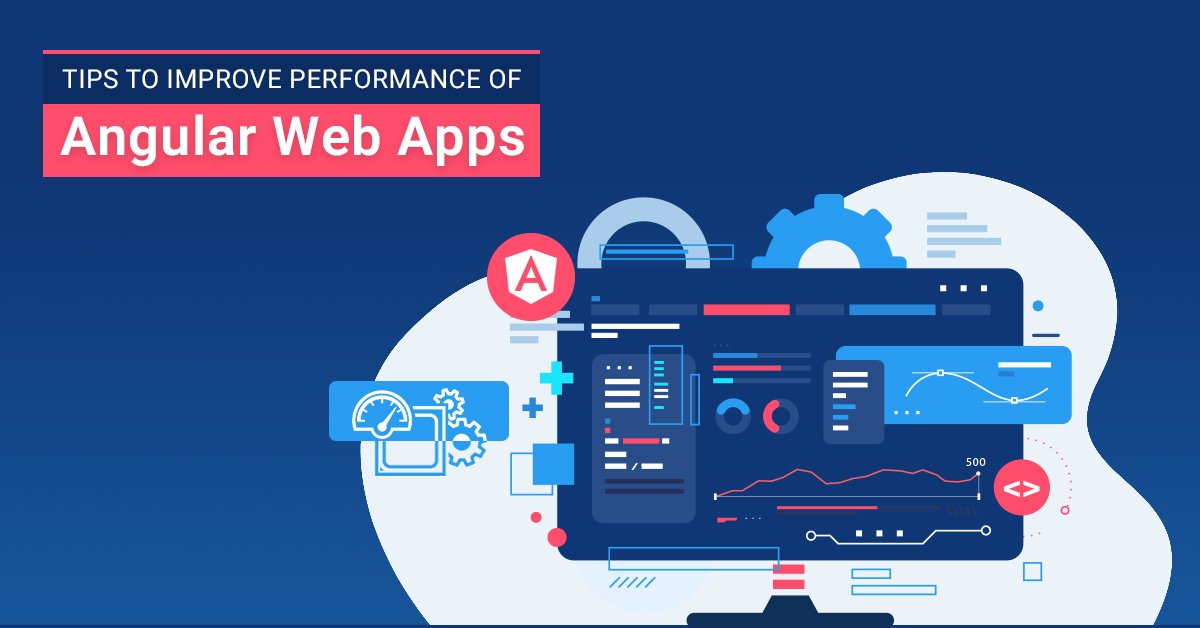 Angular.JS technology is leveraged to power 371,323 websites worldwide, that’s 0.09% of total websites. In a matter of less than a decade, Angular has gained high popularity with continuous updates and convinced fortune 500 companies to use the framework for front-end development.

The top honchos like- Microsoft, Samsung, PayPal, Upwork, Deutsche bank, Forbes, and others embraced the technology for high performance.

Presently, modern, tech-savvy customers want the applications to perform at speed. They show zero tolerance for websites that take more than 3 seconds to load. Angular web app development is a great solution for all businesses that are facing performance challenges due to high traffic, complex architecture, and heavy content.

Hold on! Here, we are talking about Angular not Angular.JS. Get clear with the differences between Angular and Angular.JS through one-to-one comparison.

Top web developers have an array of web app monitoring tools in their arsenal that helps them measure the web app performance such as responsiveness across devices, crashes, idle time, and others. The runtime performance challenges are eliminated using these tools explained below.

The changes made to the Angular web applications are no exception. Detecting the changes is vital to view the effect of a series of changes made to the app. The change detection mechanism showcases the effect of every change triggered to the Angular web app. By finding the updates made, it displays the data changes and then re-renders the web app to display those changes in view.

In Angular apps, the change detection mechanism when required to detect the changes, the rendering is triggered from root to all the subtree. It makes the detection process slow which leads to high waiting times that ruin the user experience.

On the other hand, OnPush triggers the rendering to only subtrees by choosing the particular branch that results in reduced waiting times and high performance. It skips and won’t trigger rendering in all the subtrees for a single operation.

Angular recalculates the DOM values in complex projects because some mutable objects won’t return a reference when changes are made in value. Besides, DOM rendering is not possible with mutable objects that halt the change detection triggering.

The immutability of objects is leveraged to diminish the complexity. The use of immutable data types ensures rendering for only change detection in Angular development.

Angular pipes optimize the change detection with two types of pipes- pure pipes and impure pipes. When Angular pipes are leveraged, they return value when the variations are found in input from the previous ones. Thereby, it minimizes the need for values recalculation and filters the outcomes.

The change detection mechanism is not good to use in web apps that require heavy computation. It instantiates the large number of components that increases the app’s loading time. When a web app has a lot of events, the change detection becomes difficult to manage.

Detaching the change detection at the time when data is going to increase the turnaround time to execute the actions- is the best Angular solution to reduce change detection. It minimizes the changes occurring in the tree thereby reducing the rechecking requirement for the specific components.

Ahead of time compilation

When the user browses the web app, the time the web app takes to bootstrapping the application directly impacts the page loading time. With AOT compilation, Angular HTML and Typescript code gets converted to efficient code prior to it being downloaded by browsers.

By removing the concept of heavy JS bundles, diminishing the web app payload (Through template error detection at an earlier stage), and pre-downloading the pre-compiled version of the web app, it minimizes the bootstrap time and offers fast rendering. The asynchronous request optimization and web application loading with CSS and animation makes user interactions and user experience better.

The web workers resolve the problem by separately putting the processes in different threads distinctively to prevent the main thread involvement in background processes (Executed by CPU in a fraction of seconds). It makes the user interface highly responsive under data-intensive operations.

When the content is updated in the Angular web app, the entire DOM gets updated. Performing the iterative operations is not possible for web apps requiring multiple entries in a day, which negatively impacts the web app performance.

The dedicated Angular developers can use the trackBy tool that separates the components with unique identifiers and eliminates the need to create/destruct DOM. When the DOM creation and restriction are limited for the changed components, the DOM manipulation process for items becomes easy.

When the web app takes more time than expected when the user interacts with various web app features, it displays poor load time that needs to be optimized. There are various ways to improve load time performance in Angular development.

JS in web applications makes the apps serve multipurpose services. The creation of a lot of JS files negatively influences web app interactions. That’s where code splitting breaks bundles of JS files that affect the functionalities’ performance. The controlled number of JS files presented at the time of loading makes the website interactive and high-performing.

The large-sized applications have different feature modules which all don’t require to be loaded simultaneously at the initial loading time. Lazy loading makes it possible by loading only required modules that minimize the bundle size, and thus the web app loading time. It’s better to make all those modules lazy load, which are not required at the time of initial loading.

When unnecessary resources are not removed, memory leaks occur that degrade the Angular web app’s performance.

When web developers forget to unsubscribe the observables or globally declare variables instead of declaring them as extraneous, memory leaks become common. When you hire remote developers with experience and expertise, they ensure such negligence won’t show up for minor things that hurt the web app performance.

Server-side rendering plays a critical role in improving website performance. Leveraging Angular universal in Angular development enables rendering the web app not on a browser, but on a server to HTML. This server rendering process helps in addressing the challenge of displaying the information to the users in real-time.

Before the Angular 10 version is rolled out, the clients often approach the IT companies for React development due to instability and poor performance issues. There’s no ballpark answer to the tug of war between React and Angular. However, with continuous upgrades in the later versions, Angular stands high on the performance ladder. The Angular web app performance optimization tips help in better dealing with challenges and build an Angular web app that makes clients and users happy. All the best!

How Animations can be used in different industries?