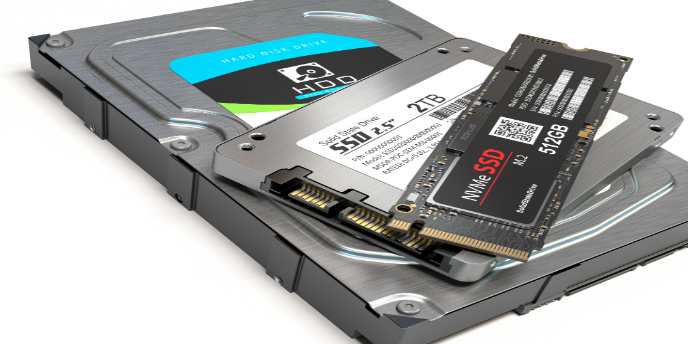 Having recently come out in the later part of the 2000 – 2010 period, Solid State Drives have provided a new way to store date and files within personal computers. They mainly started Solid appearing in laptops during this time wherein noise cancellation and usage on uneven surfaces were some of the user concerns that affected the popularity of the standard Hard Disk Drives (also known as HDD Read More Best Laptop for Machine Learning

More popularly referred to as Solid:

Solid State Drives differ from the usual disk drives in the way that data is stored. HDDs use a magnetic disk that is spun at high speeds and fed to a reader that finds the information stored within the disk; much similar to the way a phonograph works. SSDs are composed of a series of chips that are connected and powered. This can be roughly compared to several powerful flash drives put together in a larger device to hold large amounts of information.

A comparison between SSDs and HDDs shows a slight tip in favor of SSDs when it comes to performance and speed. There are a few characteristics about these non-spinning drives.

That make them a faster option:

Less Fragmenting – As compared to storing data in a specific location on a magnetic disk, SSDs host one large memory station wherein all files are placed. The computer no longer needs to move a mechanized reader over a spinning disk to find particular files. When more data is saved unto a magnetic disk, there is a higher tendency for the data to become cluttered. This feature is absent from SDDs which means it takes less time to open programs and access information.

Less Errors regarding “DLL, SYS and EXE files” – Due to less fragmenting, important boot files and “.exe,.dll and.sys” files are found faster. This results to a lower tendency for these files to go missing or to become corrupted when new programs and updates are installed. That translates into fewer malfunctions.

When a computer running an HDD is powered, the hard drive has to bring the disk to a particular speed before it can start reading anything from it. This is what makes boot times long. On top of getting the disk to spin, it then has to find the files on it. With SDDs, there is nothing to spin. This guarantees more constant and shorter wait times for the computer to start up.

One less area of malfunction – When an HDD starts acting up, it could point to a problem with the disk or the reader. This means that even if the magnetic disk is fine, the mechanical parts of the reader might give in to wear and tear long before the disk starts to deteriorate. This does not happen with SDDs due to the storage facilities of this type of drive.

Although seemingly beneficial to computer owners, SSDs come at a higher price. Since they are a more recent form of technology, a 500GB drive using this technology costs around 550 to 610 dollars in the market. It can be said that anything new is guaranteed to come at a premium. Solid State drives are no exception to this trend.

Heavy computer and laptop users take advantage of the features of SSDs. They are easier to take along on long trips and enable computers to run in less than optimum conditions. SSDs enable laptops simply to be folded closed without damaging the hard drive because it doesn’t need constant spinning. This means people who are in a hurry can pause their work and immediately be able to access it when they open their portable computer at a later time. Click here https://thebreakbreaker.com/

SSDs can also handle programs that handle large files. Such examples are photo and video editing software. Graphic artists and designers are more suited for these devices. Gamers also prefer SSDs in their computers because of lower lag tendencies and glitches when they play.

At the end of the day, it all boils down to maintenance. No matter how efficient or expensive a hard drive may be, poor cleaning and constant exposure to viruses will surely cause early deterioration to these devices.

Get Advanced Filtering and Order Management for Your WooCommerce Store