Reasons to terminate or fired an employee – 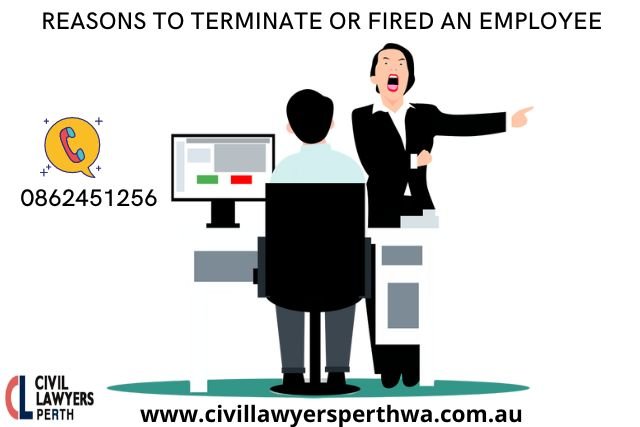 Employees are the backbone of every company. Everyone talks of employee retention these days, employer always try to retain their employees by providing them good working environment.

Companies performance depends upon its employee’s behavior. If an employee’s behavior is bad or negative towards the company then it is advisable to say goodbye to such employee. But before firing any employee because of their bad behavior, the employer should make an effort to change the behavior of the employee by counseling or training. If such practices don’t work out, it’s time to say goodbye to such an employee. Any employee’s bad behavior affects the behavior of other employees as well.

Conflicts of interest are common among employees until it becomes dangerous. The employer should take immediate action against such conflicts to cool down the working environment. If all the efforts of resolving conflicts go in vain, then it’s time to fire the employee who is the root cause of all conflicts.

Terminate employees who are found consuming toxic substances during office hours. Drug addicts are not capable to perform day-to-day tasks effectively. An Unconscious mind is not only toxic for itself but also harmful to the complete organization as well.

The employee found indulging in sexual harassment activities should not only be fired or terminated from the job but also send to prison for the crime. Such malpractices are considered intolerable. Women fear joining such companies. Strict action should be taken against the sexual harassment cases within the company.

Mostly clerk types of employees are found doing such types of crimes. Theft is stealing someone’s personal property without informing them it may be a mobile, bag, charges, etc. The employer should set up cameras around the company to keep a watch on all the employees. If anyone is caught red-handed stealing someone’s personal property should be fired or sent to jail on a priority basis.

In every employment contract, it is specifically mentioned in golden words that an employee should be fired or terminated immediately if found sharing companies’ important information with company competitors or with anyone else outside the company. Such malpractices should be avoided. This is one of the strongest reasons to fire or terminate someone and in such cases employees are not liable to file a case against the company or employer.

Discrimination in the workplace is unauthorized and considered a crime. Assaulting someone because of gender, caste, age, or sex comes under discrimination. If any employee is seen assaulting other employees should be fired or terminated instantly. Victims of discrimination should inform HR or employers about such incidents and ask them to take immediate action against it.

If the employee is doing their work within the working hours should be fired or terminated. The company is paying for their work, not for personal work. Such employees are not able to complete the work on deadline. It has also been seen that some employees are found doing business side-by-side with the job. The rule should be enforced for such employees.

Interacting with colleagues is good, it shows you are extrovert and friendly but talking too much and disturbing others is unacceptable. Gossip too much, and talking unnecessarily are examples of this. A warning should be given to such employees. If an employee is found continuing such practice even post warning should be fired or terminated from the job.

How Animations can be used in different industries?