Reasons Why React Js is The Best Choice For Your Business? 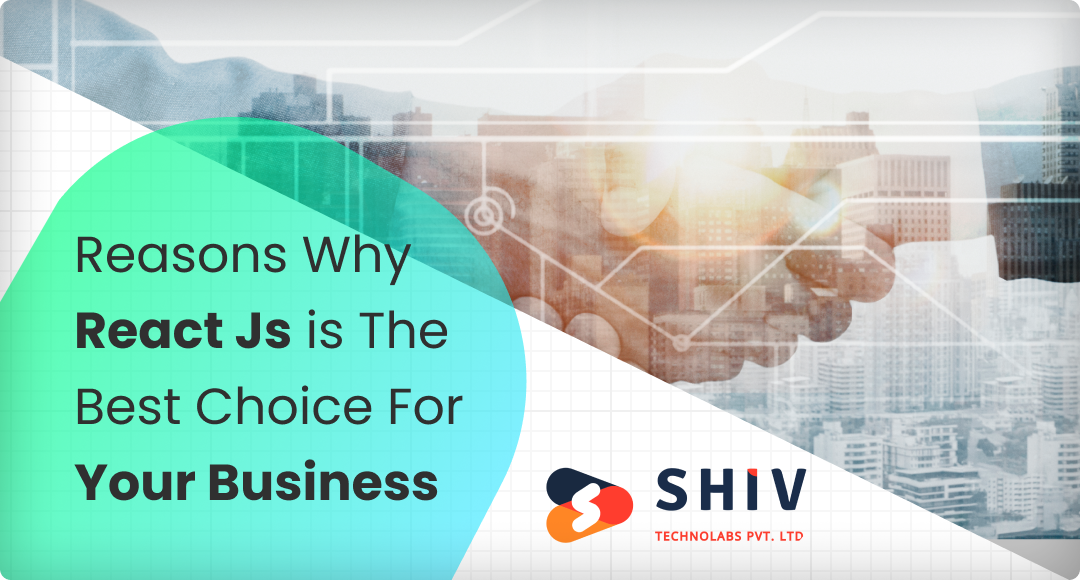 If you’ve heard of React but aren’t sure if you should use it in your project, this blog will walk you through what to look for in a top ReactJS Development Company.

The following are the main Reasons why React JS can be the perfect framework for your Business:

In fact, it’s one of the primary reasons why React has gotten so much popularity in such a short period of time. It enables firms to construct projects more rapidly.

The more difficult it is to understand a specific technology or framework, the longer it will take to begin the development process. And, as humans, we frequently avoid topics that are difficult to learn.

However, if an application has a high-quality user interface, there is a larger probability that your consumers will enjoy using it.

As a result, creating rich user interfaces is sort of required for a program to live and develop.

The good news is that React’s declarative components enable the creation of such high-quality, rich user interfaces, which leads us to our next point.

React comes with JSX, a syntactic extension that lets you create your own components.

These components basically allow HTML quoting and make all subcomponent rendering a joy for developers.

JSX has been the topic of many debates, yet it has already been used to create custom components, build high-volume apps, and convert HTML mockups into ReactElement trees.

When your app has complicated logic and a single change in one component might have a significant impact on other components, frequent updates can become a hassle.

To combat this issue, Facebook has enhanced React with component reusability features.

This strategy effectively enables better code maintenance and growth since each component in React has its own internal logic that is easy to alter. As a consequence, application development efficiency is increased.

When developing complicated, high-load software, it’s critical to specify the app’s structure from the start because it might affect the app’s performance.

To put it another way, the DOM model is structured in the form of a tree. As a result, a little change at a higher level layer might have a huge impact on the user interface of an application. To overcome this problem, Facebook has created a virtual DOM feature.

As the name implies, virtual DOM is a virtual representation of DOM that allows you to test any changes to the virtual DOM first and evaluate risks associated with each change.

As a consequence, this technique aids in the maintenance of excellent app performance and ensures a better user experience.

SEO is one of the important keys to every online business’s success. The faster an app’s page load time and rendering speed are, the higher it will rank on Google, according to Moz.

It includes a Variety of Important Development Tools.

Learning new technology and applying it to real-world activities may be fun and useful, but only if done correctly.

Facebook recognizes this, which is why their React JS framework now includes much-needed React dev tools and Chrome dev tools.

These React tools are generally used by developers to locate child and parent components, observe component hierarchies, and analyze component states and attributes.

React employs downward data flow to ensure that modifications to its child structure have no impact on the parent structure.

Hence, a developer needs to do to update an object is adjust its state and make the appropriate adjustments. Only a single component will be changed in this manner.

The application’s code is more reliable and operates more smoothly as a result of this data flow and structure.

ReactJS is a simple, responsive JavaScript framework that can be used by both small and large businesses. Even in a high-traffic environment, scaling is simple. ReactJS also allows for simultaneous functionality and simple adjustments in an application and React JS Development Services. Businesses wanting to Hire React JS Developers for their projects, on the other hand, may need to spend a significant amount of time analyzing various applicants.