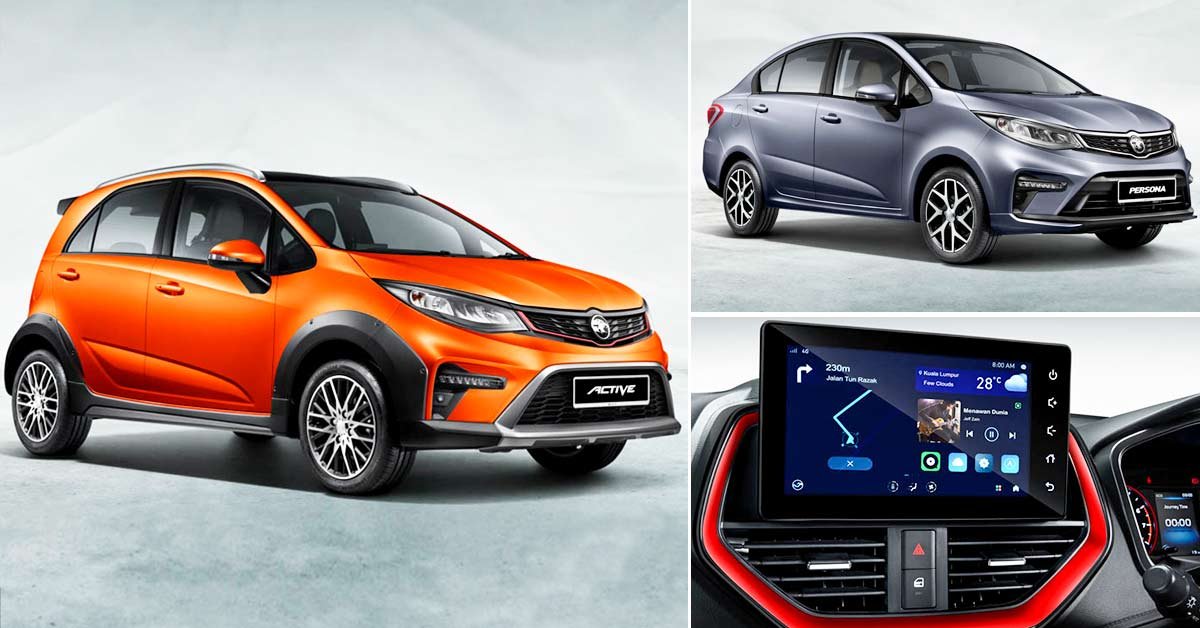 The 2021 Proton Iriz and Persona have finally been launched! This time Proton has added a new Active off-road version to the Iriz, and both models have been upgraded in appearance and interior, with more features, and continue to be powered by the 1.6L VVT engine + CVT transmission, priced from RM40,300! If you think it expensive, you can kindly purchase the Proton Iriz Used Cars from some second-hand market.

The Iriz and Persona are now available in three variants – Standard, Executive and Premium – and the Iriz is also available in three variants, but with the special feature of the Proton. The Proton has a new Active off-road version to replace the Premium model, which has a black tank guard, larger black rear wing, Dual Tone paint, Widebody widebody aerodynamic kit and a roof rack (just for decoration).

On the regular Iriz and Persona, Proton has given them a new front bumper with a more Sporty look, and the headlights have been given a small touch of refinement. At the rear, there are no changes, except that the LED taillights have been blacked out to improve the visual impact. It’s worth noting that the Iriz and Persona have been upgraded with 16-inch wheels across the range, with the entry model having monochrome wheels and the top model having Dual Tone wheels.

The interior of both the Iriz and Persona has been upgraded with a new 8″ touchscreen console with Hi Proton voice control, which allows you to open and close the windows, adjust the volume and more with your voice. The centre console has also been slightly modified to include a digital display of the air conditioning controls, and the physical buttons have been given a ‘piano-playing’ design for added refinement! The interior of the Premium model has been given a Dual Tone colour scheme, mixing black and brown, giving the interior a much more ‘premium’ feel, and leaving the Iriz and Persona with no rivals in their price range.